16 Bars with Jorai
By Mike Gaits

1. How are you inspired musically?

I know it's cliché, but I draw my music inspiration from my life. I really try to tell my life story in a way that can be documented for the future. Also, I may take concepts I hear that I like and see how I can bend them to relate to me. I like telling stories as well. That is what inspires me.

2. When did you first start doing music and eventually, "pick up a mic"?

Well, I used to write poetry and short stories as a kid before music. I got a few poems published when I was young. Like you have a contest at your school and if you win you get the winning poem published. That's when I first started writing. I also would write my own short novels. I got through about four of them before I got to high school.

3. At what age did you start to rhyme?

I started rhyming around the of age 19, actually that's when I wrote my first verse. There's actually an interlude called "Unconditional" off my first album on Bandcamp page. I was making beats before that eventually my brother convinced me to rhyme. At the time I was more into production though. I would freestyle over beats so the artist would know how I wanted my flow to sound. My brother was like, "You should just rap on it."

4. When did you first develop your flow?

I developed my sound and delivery in the early days with my first crew, Dow Chi Clan. We were just recording and releasing our own projects, and the volume of music we had helped me develop my own style. I pulled from my favorite artists: OutKast and Nas and De La and Tribe. I owe a huge part of it to my cousin Kassif. He was the one who taught me to count bars and structure my songs. He had a different style, and he encouraged me to find my own voice and use it, to be original.

5. What are some techniques that you utilize while getting ready to record a verse?

My cousin Kassif always told me to memorize my verses before I record them. So I usually write and I have to edit down a lot because my verses can be wordy. A rule I use is it should sound like how I normally speak. Be as natural as possible. Then memorize and record. I usually go over the verse a ton of times to commit it to memory. I have tried other ways, but memorizing works best for me. It helps bring out the emotion I need when recording.

6. When do you record your music?

I am the worst at managing my time. I have to work on that. I have a portable studio set up so I record at home. I usually record on the weekends though. Saturday night or Sunday. It's just easier for me in general because not to much goes on. Between work and kids and my wife, our week days and evenings are pretty much full. Although I do find some time to write during the week though.

7.  Do you get writer's block? How do you overcome it?

Yes, I had writers block for two years--shortly after the 16 Bar Sundays I was doing. For me, overcoming it just took time, and I started back listening to artists and music that inspires me. I started to study prolific hip-hop writers like Nas who seemingly writes about anything. I learned that you can find a story anywhere. This really helped me look at writing differently. I also freestyle a lot and would say the first thing that came to mind an build off that. 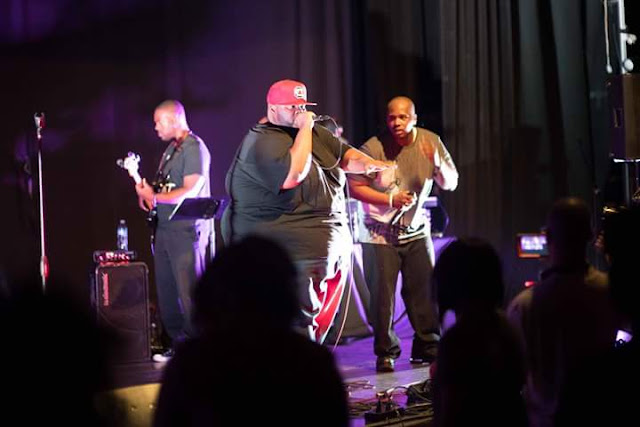 8. How do you know when a track is complete?

I know the song is complete when I feel like I said everything I needed to say in the concept. Most of my songs are concept songs so I feel like when I have covered what I wanted to, then I know it's done. Sometime it's one verse and a hook, or two verses. Sometimes I need a feature to get someone else's perspective.

9. When categorizing your album/track list how do you determine which songs make the cut?

I have actually not been a guy who records a lot of songs for projects. So usually the songs that make the album are all the songs I recorded for the album. My albums have been based on concept and it's usually thought out before I start recording so I know what I want to cover. Once I feel like I have done that then I know it's finished. My new releases will probably be less concept albums and more timely, current songs about how I am feeling at the moment.

That's a tough one. I always go with quality because quality stands the test of time. In the social media era, fans care less about quality; they just want to know when the next project or song is coming. The key is to be able to consistently release quality music, and if you do that you will be respected.

11. Do you use metaphors in your songs? And how do you feel about them?

I do use metaphors sometimes, but I can't think of too many right now. I like the use of metaphors because they can help you make your point and help others understand what you are saying. I write and whatever comes out, comes out. I think metaphors also help add to the imagery of what I am trying to convey in the songs that I record.

12. How do you lock in your lyrics? Composition Book or Phone?

I do both. I tend to write on anything I have around--a sticky tab, notebook paper. I find that writing on the phone allows me to process my thoughts faster because I can type faster than I can write. For me, the key is capturing my thoughts as quickly as possible so I don't lose them.

13. What advice always stuck with you as an artist?

Well, there are 2 things that always stand out to me. My pop always told me to be myself. If I am being who I am, I will never have to worry about doing extra to stand out because I am uniquely me. So I never try to be like someone else. Also, my cousin Kassif told me that people need what I do because I give a voice to the people who most likely will never get their voices heard. Those things always stood out to me. Big time gems!

14. What motivates you to finish a song from beginning to end?

I just hate starting something and not finishing it. The part about music that I love the most is writing and recording. So I am always excited to record and I made a deal with myself that I won't record unless the song is completely done writing and memorized.

15. Describe your music in four words.

TRUE. LIFE. HIP. HOP. The story behind that is, when I first started rapping I would play some music for my Dad. He was absolutely against hip hop. So when I played him a song, he liked it but he said it wasn't what he has heard about rap. So he told me to brand my style of hip hop so people would give it a listen. I came up with True Life Hip Hop. Music that is based on my true life.

What is the best line that you ever recited in a verse, that gave you chills afterwards.

Man..that's another tough one, Bruh! I don't know if I have a favorite line. It's so many raps. One of the most lyrical songs I think is on my last album, Blue Collar Superstar. a song called, "Grace & Peace Remix". One of my favorite verses I've done is a feature I did with my homie Bugsy Calhoun off his album--a song called "Beautiful Melody. 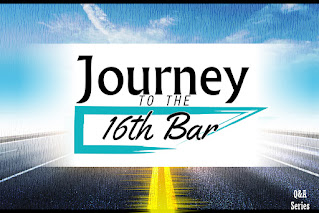