Celebrating Lyricists and the Magic They Create with Rap Seminar Rob 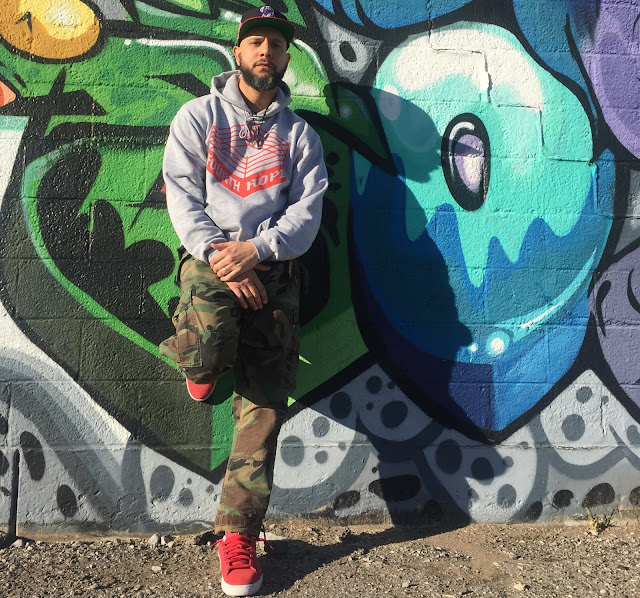 In march 2019 I discovered a newer Instagram account, Rap Seminar, dedicated to analyzing Hip Hop lyrics based on literary techniques for a more sophisticated breakdown of what rappers are really saying, and how, than what is provided by the likes of Genius and Hip Hop By The Numbers.

Not long after, Rap Seminar decoded my song "Gas Land" — and I experienced the unique sensation of seeing something I'd written broken down and illustrated via charts and graphs. Like most artists whose music has appeared on Rap Seminar's Instagram, I had no idea what I myself had done. Not only does Rap Seminar enhance the understanding of the dedicated rap fanatic, Rap Seminar informs the lyricist him/herself. 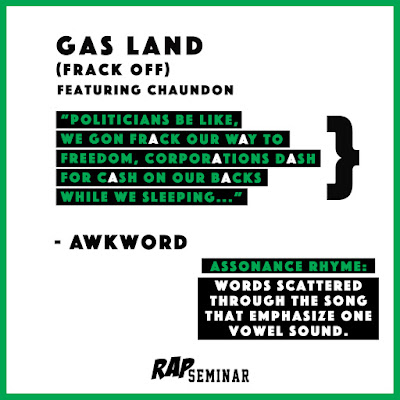 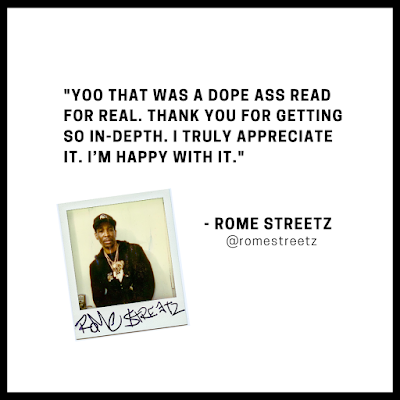 Plus, Rap Seminar's expanded to doing cover art, interviews and writing prompts for Hip Hop artists; co-hosting events and workshops; collaborating with Loretta Records/LTD ED and Laki420931 on limited-edition Hip Hop trading cards; and quantifying the messages of resilience in rap music for Dr. Raphael Travis and Flowstory, an organization that works to help youth reach their potential through professional development workshops, individual and group therapy resources and themed music curations. (More on the Flowstory collab in a future interview with Dr. Travis.) 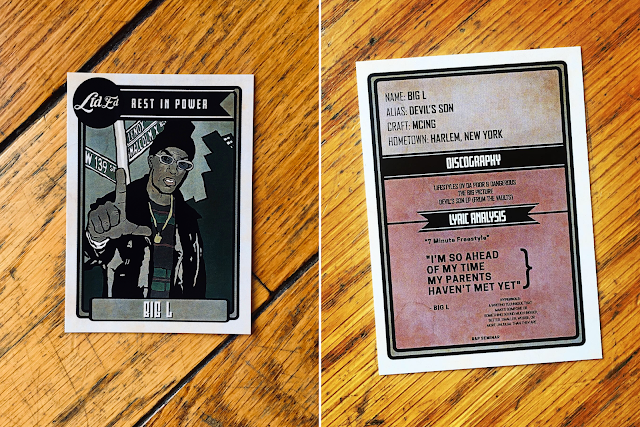 Today, I talk to Rob about Rap Seminar, what led up to its creation, and what we can expect in the future.

I’m a Hip Hop head who happens to be a tenured professor at a community college in Texas, where I teach literature, creative writing and composition. I’m a dad, and a husband. I’m the co-creator the Barbed Wire Open Mic Series, Rap Seminar and Rap Seminar Live, and sometimes I make album art.

2. What was your childhood like? And how do you think it influenced your passion for Hip Hop?

My parents divorced when I was a youngster and moved to separate states. I spent time between New York and Arizona during the mid-80s and early 90s. They let me choose who wanted to live with, so I moved a lot. While living in New York, I spent time in the Bronx and Brooklyn, where my dad was a preacher. My cousins and the older kids I met in these places put me on to Hip Hop and reggae music early, but it wasn’t until I lived in Buffalo that I really got into rap music. They used to have a college radio show out there where the DJ would play Wu-Tang, Cella Dwellas, The Fugees, A Tribe Called Quest, and a number of other emcees who absolutely blew my mind. The first tape I bought with my own money was Return to the 36 Chambers by ODB. 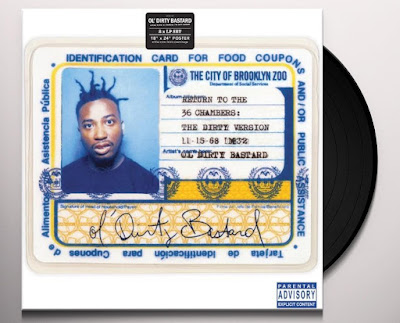 3. Great album, iconic album cover. When and why did you start Rap Seminar?

In a way I've always done Rap Seminar, most specifically for my cousin Frank C., who's a little younger than me; we grew to have a common love for rap music, and we would always wordsmith and spit freestyles. Eventually, though, I decided to offer Rap Seminar as a service — to give back to the culture that raised me, and because of the absence of true lyrical analysis and lyrical rap stats in the culture.

Every sport on earth has stats. Basketball players know their points per game, for example, but ask a rapper how many rhymes per bar they spit, or how many syllables are in a rhyme they kicked, or what their most used literary technique might be. Cats don’t know their capabilities, and this is why Rap Seminar is here. It’s here to celebrate lyricists and the magic they create with words. 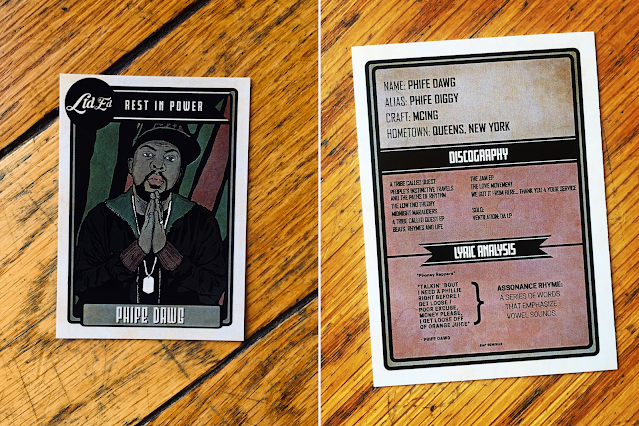 4. And that's purely evident in everything you do. How do you think Rap Seminar differs from Genius, Hip Hop By The Numbers, and any other rap analysis websites or organizations that may exist out there?

The platforms you mentioned are pretty cool. They analyze the meaning of what emcees are saying, or they breakdown different thematic components in rap songs. They show people what the artist said and, in the case of Hip Hop By The Numbers, I think they tally how many times they said it over the course of their career in order to track emcees' evolution. However, there is no other platform that provides analytical services for emcees and their fans.

At Rap Seminar we analyze and code lyrics with custom software to identify the literary techniques rappers use most and quantify the amounts and types of rhymes they use per verse, song, EP or album. After we code a rapper’s song, we create charts and graphs and write a summary of our findings that documents the techniques they employ. We then use these charts to promote the rapper through our website and social media.

5. It's definitely fun and informative, both as an artist and as a fan. What in your educational or professional experience qualifies you to analyze rap lyrics?

Being a professor who specializes in composition, literature and creative writing. Aside from my academics, I’m a Hip Hop head for life.

6. Fair enough. For artists who may be interested in receiving the Rap Seminar treatment, how do you choose the music you're going to analyze?

Artists and Hip Hop heads tend to purchase our services via IG or rapseminar.com; sometimes we work with academics to help them with song coding or graphics.

7. Got it. So it's based less on who or what you want to analyze, and more on who wants to see their music broken down using your system. How would you describe the process of analyzing a song/verse? What steps do you take? How many times do you listen? How long does it take?

Well, I can’t share everything about the process, but once a song is uploaded to our coding system, we read and code the song for over 25 literary techniques. For each technique we quantify, we have to read the song like 10 times, give or take. We also listen to the song a number of times so we can determine the rhyme totals.

Coding a song with two verses can take a couple days; however, it can take weeks to code the song, write about the song, create all of the images to present the data, make the social media posts and communicate with the customer so we get things right. 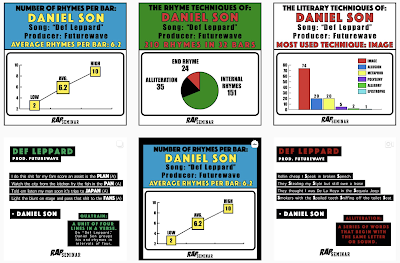 8. Indeed, I experienced your professionalism and perfectionism myself when you analyzed "Gas Land." Speaking of, based on all the other analyses you’ve done, what stood out most about my song?

What stood out most was your clear stance against political corruption, and how it shapes the poor choices made by politicians and corporations. On the song you use your words to fight for good, and condemn the practice of fracking, a technique that is not only bad for people, but the environment as a whole.

9. In other words, the raps suck, but the politics are important! So what is the most complex song or verse you've ever analyzed?

It depends, because songs can be complex for different reasons, but, off the top, Mike Titan submitted a song called “Demolition Man” in which literarily every word had a rhyme. It was insane.


Happy holidays, world! We’re going to wrap up the year strong and hopefully get all of our pending analysis out before 2020 hits 🤞🏾 One of those is the analysis of @thatdudespits. Peep some of his internals right here 👀 Remember, we group rhymes by number not color. In total @thatdudespits dropped 48 internal rhyme schemes, and 108 individual internal rhymes. Keep it locked for his full analysis 🔒💪🏾
A post shared by Rap Seminar™️ (@rapseminar) on Dec 26, 2019 at 1:00pm PST

10. Who do you think are the best lyricists of all time? And what about today?


11. Good list. Who's the biggest artist to respond to your work, and what did they say?

Masta Ace wrote a super dope comment when we posted our Wordsworth analysis. He said something like the writeup was just as good as the verse Wordsworth spit. It was really an honor that he wrote that.

12. What about other companies and organizations? How did your relationship with Flowstory come about?

A Hip Hop health advocate and friend named Alife Allah shared Flowsory’s page with me, which led to him reaching out to me to collaborate on a project that quantifies the messages of resilience in rap music. We are still working on things, and will be rolling out a full analysis with a ton of images in the near future.

13. Hearing about that connection is what inspired this interview. I've known the head of Flowstory, Dr. Raphael Travis, for years now; he's involved in the Hip Hop Ed movement, has featured me on a few of the Flowstory mixtapes, and recently invited me to be a guest speaker in his Texas State University social work class. I'm excited to see this collab come to fruition, and I'm interviewing Dr. Travis for Praverb.net next...


What other partnerships have you entered, and what have they entailed?

I’ve worked a little with Not Ya Manz to provide data that backs up their reviews. I’ve also done some design work for Eto, and have an interview of Midaz the Beast coming out at some point. Aside from collabing with them, I’ve been on podcasts like EP Culture Beat, Crushalot Podcast, and Sweet Jesus Radio. I also got to do an interview with Weekly Rap Gods.

Next is Rap Seminar Live, a collaborative event where the audience finds literary techniques in an emcee’s lyrics and then gets to see that emcee perform the song live. During the session, we will demo the coding system we use, and the featured artist will demo the technology they use to produce their music.

The first of these events will feature A. Billi Free, an emcee and a producer from the Southwest, Casto from Visions of the Sun, and Stan Z. We’re still working on getting the dates right, but it’s going to be an amazing series of three events that feature three super ill emcees and producers.

15. They say there's nothing new under the sun, but this has never been done before. Love it!... What advice would you give to an independent artist looking to make an impact with their lyrics?


Find something unique about yourself and write music that reflects that uniqueness. 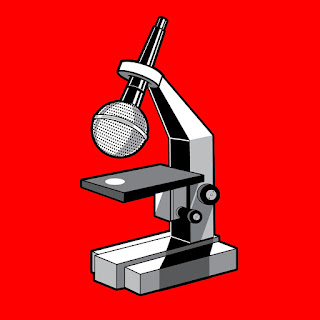