An Exclusive Interview with Schama Noel of RapLike 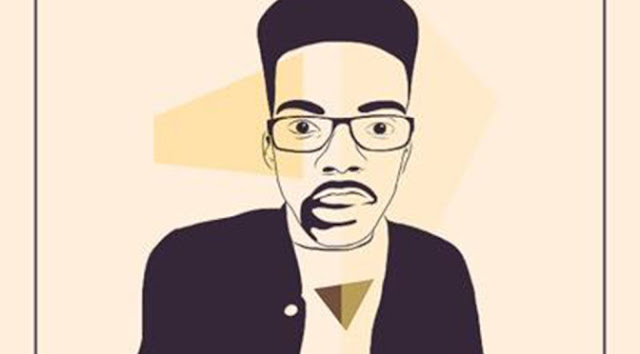 20 Questions with Schama Noel
by AWKWORD

I can't recall when I first heard of Schama Noel, but I know where and why: it was on Twitter, and the rapper and ghostwriter was buzzing off one of his infamous emulations of a popular mainstream rapper. It might've been Drake.

Schama Noel owns RapLike, a popular Twitter feed with 23,000 followers and counting; his original personal Twitter was suspended by the social media company for "posting snippets of the Game of Thrones soundtrack," and his new handle is, as of this writing, set to private.

Twitter's seemingly arbitrary — given how many neo-Nazis are running around tweeting hate speech without repercussion — choice was unfortunate, given Schama's prolific work on and off the platform.

While Schama might be most well known for his uncanny ability to mimic the rap styles and flows of more well-known artists, he does make his own music, and it's added to his growing notoriety.

Honestly, I might have been slightly more interested in this young Black man because his name sounded Jewish, but the coincidence (he's not; I am) wasn't the only reason I reached out to him to learn more.

Schama is unique, humble, smart and entrepreneurial. And while his name is of Hebrew origin, it's his devotion to Christianity — like the late, great Praverb, who launched and ran this site until his death in 2014 — that keeps him from incorporating sexually explicit matter in his music.

In this exclusive interview, I speak with Schama about how it all started, where he hopes to head from here, nearly beefing with Joey Badass, how to promote your music in the modern music industry, why he won't curse in his raps, the greatest threat to our society today, and much more. 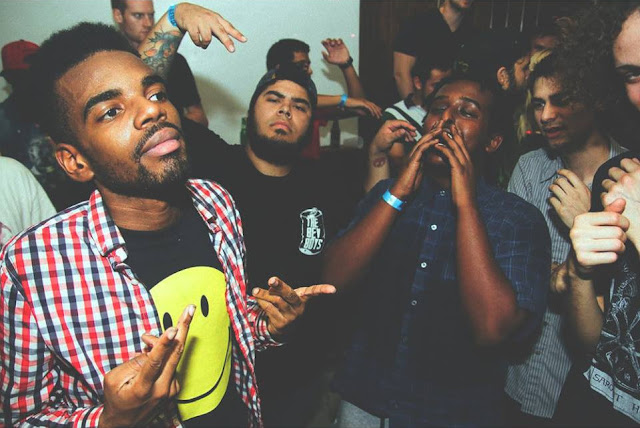 1. When did you start rapping, and what inspired you to pick up the craft?

I wrote my first poem in fourth grade, but the first time I actually freestyled was in third grade — just rhyming words with my friends on the spot at lunch, on some Dr. Seuss shit.

2. You were basically born into it... How did RapLike come about?

It started from me commenting on a YouTube video that Big Boi dropped. My comment was an emulation of Andre 3000, because he wasn’t on the song. I was like, “If Andre was on this he’d say...,” and that became the top YouTube comment.

People actually followed me on Twitter because of that, including, most importantly, my former manager Hassan, who ran Only Hip Hop Facts. Rest In Peace.

All of that attention manifested into RapLike, and I just started doing every and any rapper.

3. That's crazy! Have you done any formal ghostwriting?

I've ghostwritten for a lot of people, but no one huge, yet.

4. So you've parlayed your internet celebrity into real-world dollars — that's whats up. Have you been able to increase the attention paid to your music as a result of the notoriety you’ve achieved with RapLike?

Yeah, most people are curious to know if the person behind the account that can emulate all of their favorite artists can actually make his own music and have his own style. So I do get traffic to my music from that, especially when I go viral. That's when I see huge spikes in my songs and projects. 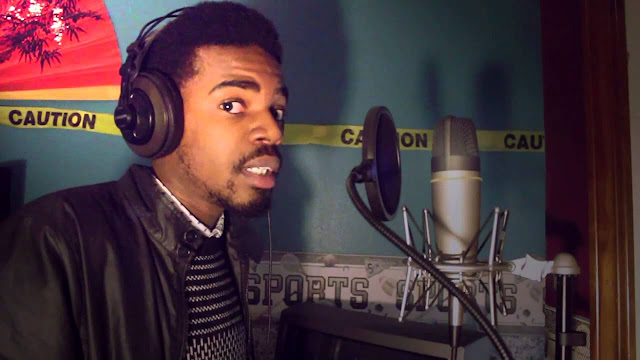 5. I've had my share of plays, but I can't say I've ever gone viral. It must be fun to watch the numbers skyrocket! Other than tagging artists you emulate on social media, do you have a digital marketing strategy? Do you have any promotion advice for aspiring independent artists?

Well, I have my own little cult following from building an organic fanbase in 2013, and a lot of them are still here, along with a couple blogs and industry people who’ve become fans a long the way.

As for my new releases, I send them out to as many outlets as possible.

And my advice for new and old artists is to check out SubmitHub.com, a very transparent website where you can submit your songs to Spotify playlists, blogs and YouTube channels, and buy credits to get feedback.

6. Interesting — a lot has changed since Praverb was around and I was releasing new music regularly. I was familiar with SubmitHub but wasn't sure that it worked. Great advice. So, what's the craziest response you've ever had to one of your emulations?

Maybe Joey Badass. I did an emulation and used geometry to make a metaphor, rapping from his perspective; he told me the formula was wrong, or that it didn’t make sense, but mathematically it did. Twitter clowned him, and so did Genius... when it was called RapGenius.

He later followed me and said he was a fan of what I did.

7. That's a great story. Appreciate your candidness... but I guess nothing is private anymore, anyway, right? So, any other big artists have memorable responses to your emulations?

8. You can kind of get a read on the individual based on how they respond to what you do! What would be your response to a critic who said RapLike is a cheap gimmick?

If it's such a cheap gimmick, then why can’t anyone else do it and why hasn’t anyone else done it? RapLike lives and dies with me, it’s an anomaly and, because of that simple fact right there, it's invaluable. 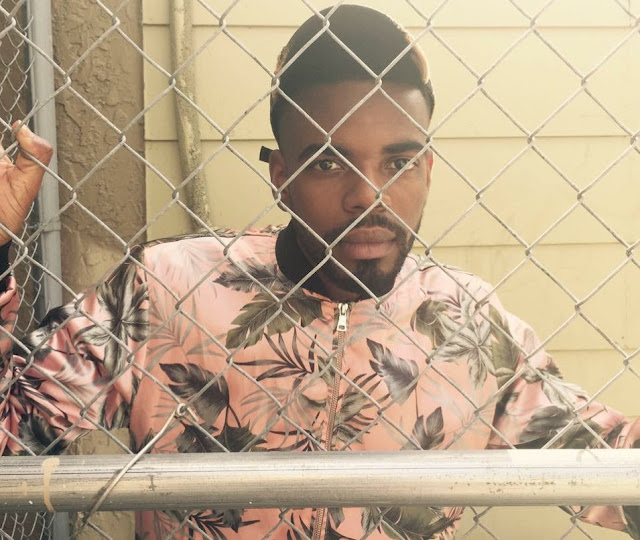 9. Boom. Enough said. For those unfamiliar with your music, what song, video or project would you recommend as a starting point?

Start with God’s Playlist, then Eternal Feels, then the Ear Candy EP, and then the RapLike EP — those are all my projects in order, and you’ll see the growth, and how different each one is themed and sounds.

10. On these albums, how would you describe your music, and what topics do you address?

My music is a safe place for everyone. I don’t curse or have any sexually explicit material, yet I still talk about real-life situations such as drug abuse, heartbreak, suicide, mental illness, poverty, police brutality, love and happiness. You get a wide spectrum when listening to my music.

11. That's dope. Curses are filler, anyway... So, your name sounds Jewish or Hebrew, but I understand that it isn’t. How did you come up with your name, and is there any meaning behind it?

My name actually is Hebrew. The original spelling is Shammah, which I plan to change it to in the future... Jehovah-Shammah, meaning “God is here.”

12. I like that — a not-so-subtle brag, from an unpretentious artist. Are you able to eat off rap, or do you have a day job?

I wouldn’t say eat, but definitely maintain, and the writing for other people helps a lot, too. So, a mixture of writing, doing features and royalties help me maintain. 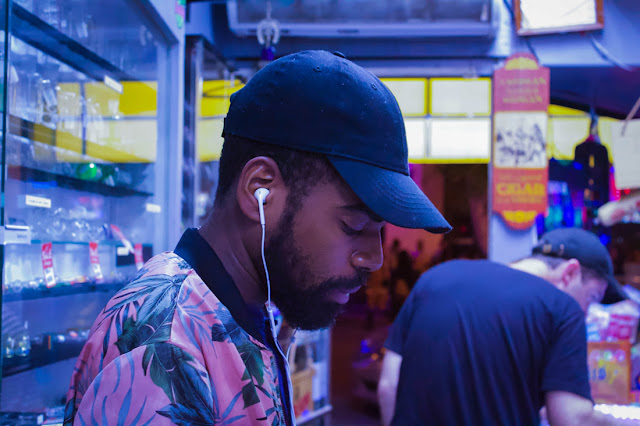 13. So it is possible to survive in this industry, after all! I noticed your Twitter account was suspended and, if I remember correctly, you had a fair amount of followers. How did that happen, and what are you doing in response?

Yeah, my Twitter got suspended due to two Game of Thrones soundtrack snippets I posted, asking my producer followers to sample them. I’ve emailed and called the people who submitted the copyright, but nothing was done.

14. That's so frustrating. I've had my fair share of issues with social media, too, but mostly Facebook and Instagram deleting my posts for being too controversial. Meanwhile, as an activist Jew I've been targeted and harassed by anti-Semites and racists on Twitter, almost all of whom Twitter has allowed to maintain their accounts. How do you feel about Twitter suspending your account, but not theirs?

I'll quote Future: "it's an evil world we live in."

15. Too true. How do you feel about rap analysis projects like Rap Seminar? Have you ever considered charging independent artists for your emulation services, as opposed to charging for more traditional ghostwriting?

I think it’s good that there’s still a culture that revolves strictly around lyricism and the depths of it... As you know, I’ve changed a lot of indie artists for writing, but if you mean posting an emulation of them on my page, I’m not opposed to that.

16. Yeah, I feel like that might be good promotion for them, to appear alongside the Joey Badasses and Vic Mensas. And, speaking of promotion, the king of independent music marketing, the late, great Praverb is the one who created this site that his brother Mike and I now maintain in his honor. As you may or may not know, Praverb was also a devout Christian, and didn't curse in his music either. What role, if any, does religion play in your life?

It plays a huge role. It's one of the reasons I don’t curse or have any sexually explicit content in and of my music... It also keeps my mind sharp, and gives a me certain understanding and perspective of what life is really all about. 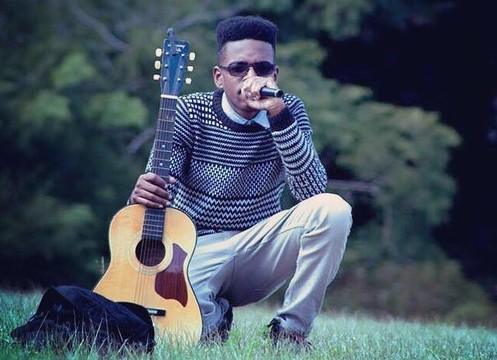 17. No doubt. As for that perspective, what would you say is the most critical issue facing us today?

I think society’s most critical issue is a lack of empathy; I believe the absence of empathy in a society is the stem for all human problems. If we were able to care for — or at least try to understand — each other, we’d be much farther... And I always try to give perspective on everything in my music, whether it’s a personal story or something nice observed, so me being able to rap and make music from other perspectives strengthens my ability to put someone else’s shoes on.

18. That's beautiful, man. How would you describe your personal life?

19. Sounds like the personal and professional intersect. What's next for Schama Noel?

20. Dope! How about writing some bars emulating Praverb for us?

That sounds fun! But I'm actually slumped with verses and hooks I have to finish right now. I’m sorry, it would have to be in the future.


Editors' Note: We're going to hold him to that!

The television got you glued to the maximum
Cause all they talk about is cash and gluteus maximus
Here Jesus come to save the kids from God’s wrath again
And that wasn’t in, any shape or form blasphemous
Jesus dwells within me, please read the passages
Email ThisBlogThis!Share to TwitterShare to FacebookShare to Pinterest
Labels: Andre 3000, AWKWORD, Christian Hip-Hop, Christian rapper, Christianity, ghostwriting, Interview, Joey Badass, Lyrics, rap emulation, Rap Genius, RapLike, Schama Noel, Twitter, YouTube
Newer Post Older Post Home