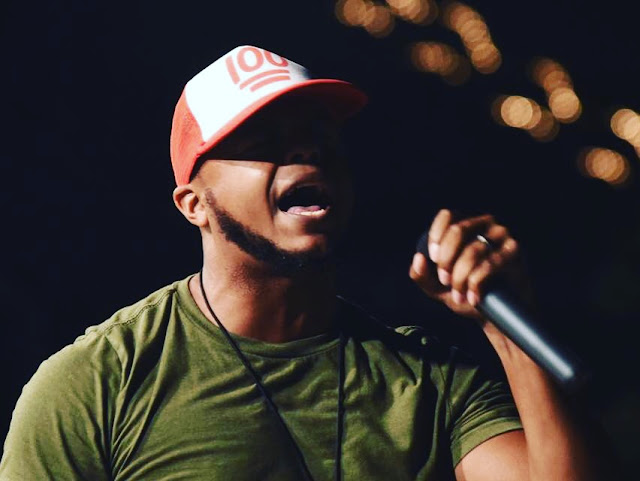 Devine Carama dropped "10 Blog Commandments," a tribute to Praverb, in December 2014, less than two months after we lost our friend, brother and spiritual/musical/marketing guide. Today I talk to Devine, a Protest Music artist and social justice activist from Kentucky, about his relationship with Praverb, his advice for up-and-coming artists, the responsibility of musicians to address political issues, the role faith and religion play in his life, and more.


1. On December 14, 2014, you released the record that introduced me to your music, an homage to our mutual friend Praverb. On Soundcloud, you said:

Being an older MC that fell in love with the culture during the golden era, I've come to grips that the game has changed. The way artists expand their reach and connect with more fans has evolved. One major change has been the Internet and hiphop blogs play a huge role in that evolution. As an indie artist, I've learned the hard way in how I should submit my music to blogs & websites. Some of that knowledge came from trial & error but a lot of that knowledge came from my friend Praverb The Wyse. So in the spirit of keeping his legacy alive, I wanted to drop some knowledge for other up & coming MCs like he dropped knowledge on me!

As a fellow beneficiary of Praverb's knowledge, I have to ask: How did you first hear of him?

Four or five years ago, he hit me up on Twitter to give me props on a Nas tribute song I had released. From there, I followed him on Twitter and was amazed by his passion for the game, from an indie standpoint, as well as his knowledgeable points of view.

2. It was Twitter for me, too. People don't understand: if you do it right, Twitter can be an invaluable resource. It played a major role in how I was able to put World View together. So, what was your relationship with Praverb like? why did you think you two connected?

I'd like to call Praverb and I long-distance friends (we never met in person), but more than that, we were colleagues in a sense. We were both Christian emcees who spit for a higher cause, but also indie artists who were very passionate about the process of how young and upcoming emcees found ways to expand their music through the Internet.

We had multiple phone conversations of four or more hours. Pat had the type of spirit where you could talk to him for hours upon hours. I felt like I had known him my entire life. 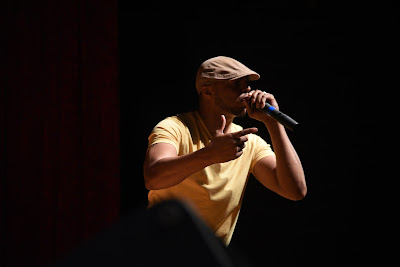 3. I felt the same way, and I'm pretty sure -- by the incredible outpouring of support his family received following his death -- that we're not alone. What do you think was the impact of his passing?

I feel his death left a huge void of knowledge for young emcees coming into the game. I also think Praverb's presence held Hip Hop websites accountable when it came to indie artists and their coverage. His selflessness aided his cause. Now that he's gone, you can feel that void and nobody has been able to fill it.

4. As one of those indie artists (and there A LOT of them, myself included), what separates you from the crowd?

Lyrics and substance are at the top of my list when creating music. I think that's rare today. I also create music at a high volume, which has become somewhat of an inside joke with other artists in the Kentucky area. It seems like I'm always dropping product. 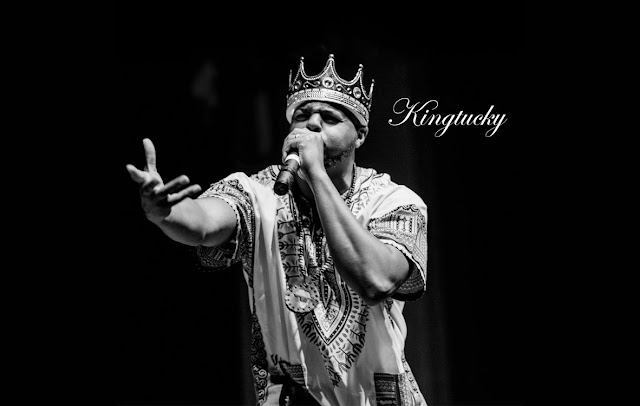 6. Lil Wayne definitely popularized that strategy. His output was insane back in the day. And you're right: quality AND quantity is definitely rare these days. With that in mind, what would be your primary advice for artists just starting out?

Exhaust every facet and forum to grow your fan base -- open mics, shows, Internet, poetry. We live in an era where there are so many rappers that the general public initially frowns upon local or indie artists. Because of that, a lot of up and comers try and "Joe Cool" their way through the process. They rap, but kind of act like they rap for fun and that it's not that big of a deal -- and that way they aren't ostracized too much by their peers if they aren't really feeling [their music/movement]. You've got to run the gauntlet and own the process 100% in order to push yourself to your zenith.

7. Great advice. And I always try to ask that question of the artists, bloggers and others I interview for this site because I want Praverb.net to continue to be known as a resource for the indies. Another classic concern for unsigned artists is compensation -- what to demand payment for, what to give away, etc. How do you manage your career from a financial perspective? I know you're the Director of a nonprofit organization, Believing In Forever Inc. Do you have another job too?

Definitely. I had my daughters at a young age (20), so I've always had a 9-to-5 while pursuing my music career. Also, having a job is what funds your CD pressings, features, studio time, etc. I've never been too cool to work AND rap. [Right now I work as Youth Services Coordinator for Community Action Council.]

8. That's great, homie. You really are a man of the people. For Praverb, faith and religion were essential to living life on Earth. You mentioned before that you connected as Christian emcees. What role do faith and religion play in your life and music?

They play a big part. I'm a Christian man and a lover of Jesus. But I make music within my walk and current state. I'll never try and be "harder" than I am or "holier" than I am. My music is a true representation of where I am, but I also try to continue using my platform to push people closer to God.

9. And what are the biggest issues facing us today?

Lack of love and respect for one another. It seems like we can't agree without hating. I'd like to see more constructive dialogue among opposing points of view. It's simple.

10. Very interesting, and personal. I think it reflects your commitment to your faith. But not all artists are religious; likewise, rappers are not known in the mainstream media for being positive influences. Like you, I work hard to combat this in my music, and as a Hip Hop educator. In your opinion, what is the role of the artist in addressing issues of inequality and injustice?

Hip hop was birthed as a voice for the suppressed, unheard, and forgotten. So, for me, Hip Hop artists have a huge responsibility in addressing those issues. Even the most gangster Hip Hop artists like Scarface, Ice Cube, 2Pac and Jadakiss address those issues and how they affect our community. It's important.

Some of these kids listen to us more than their teachers so it's imperative that we give them jewels in our music! 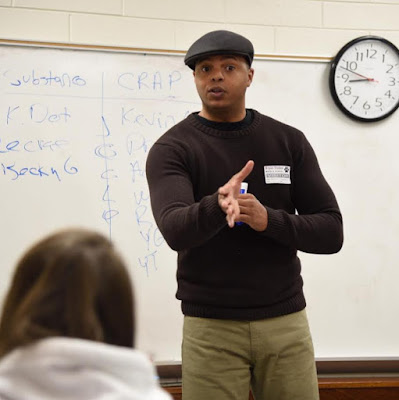 Listen to Devine Carama's "God Said I'm The Nicest," featuring D'Lee and produced by Obvious, off his Kingtucky album:

Watch the music video for Devine Carama's "The Populist Pulpit," produced by MC1larke, off his Blood of a Slave album: 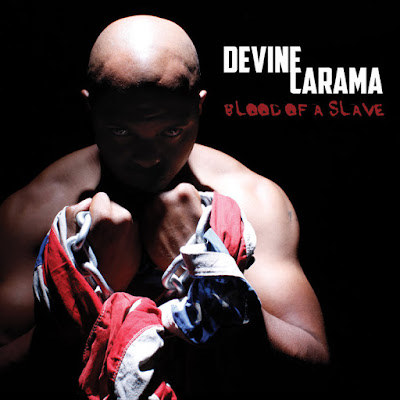