Since the unexpected, untimely passing of Earl Patrick McNease (aka P the Wyse aka Praverb), one man has worked more tirelessly than anyone at preserving the legacy and mission of the late, great rapper, blogger and family man: his brother, Mike Gaits. In honor of the one-year anniversary of Praverb's death, I interview Mike on his relationship with his brother; his brother's love for Hip Hop and his unquenchable urge to give back; and the future plans for this site, Praverb.net.


Mike Gaits, Brother of Praverb: An Interview with AWKWORD 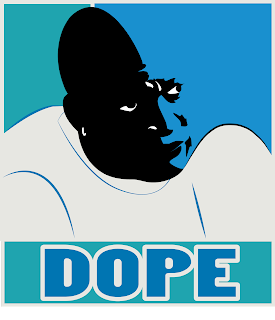 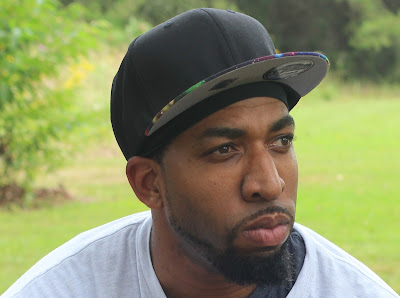 1. What is your educational and professional background?

I have an Associate's Degree in Applied Science IT, Multimedia. I am a freelance graphic designer.

I am the administrator, and a blogger. I publish music submissions, update the banner, and change out Patrick's music. I am Patrick's brother.

My upbringing wasn't the most pleasant. Patrick, my oldest sister and I were raised in foster homes. Living in San Diego, California, in the early '90s really opened my eyes to the West Coast vibe. I used to listen to Snoop Dogg a lot. Patrick loved the Fugees, and had a thing for Lauryn Hill. (laughing)

4. How did you get into blogging? Was this something you planned on being part of? Or, did you take over the site as an emergency fix when we lost P?

I always loved to write and express my thoughts and perceptions on life. I really didn't know what blogging was, or how to do it, until late 2009 when Patrick showed me how to blog a bit. Just the basics. After the world globally lost Praverb, I didn't know what to do -- I was still distraught that he was gone, and so suddenly.

I believe it was November, two months after he passed, when Vanessa (his wife) basically handed me the site and told me to carry the torch. I knew from that point on that I had to do something to keep his music and his legacy alive. Especially for the people who were inspired by his presence, and all he helped along the way.

5. What has it been like trying to run the site without P?

Man, I tell you, it's been rough at times. But I've adjusted since I first started. Patrick made it easy to navigate the site. He left the ultimate blogging blueprint.

6. What has the feedback been like since you took over?

I've been getting an insurmountable amount of feedback from the many artists he knew and collaborated with, and it's been very rewarding. A lot of artists say I'm doing a wonderful job keeping up with his site. Vanessa has always been very supportive of me no matter what. Craig Hosie, a great friend of Praverb who was always supportive in and out of the music realm, told me P spoke very highly of me all the time. Al Laureate told me that P was like family to him. And there are many others, including Cayos The Beast, M-Dot, Idiomz, Big Sto, Soulchef, Soulution and yourself, who've expressed how much P's presence meant to them, and what a wonderful, unselfish guy he was.

7. What are some more examples of things people have said to you about P since his death?

Praverb was beyond amazing, musically. And he had a major impact in Hip Hop, and in the Social Media community.

8. What is one thing about your brother that his fans don't know?

His music inspired others in Hip Hop. 9th Wonder followed his music. His music was globally recognized.

His fans didn't know that he was unemployed and still gave back for nothing in return. He made it his purpose in life to inspire and help as many people as he could.

9. What was your relationship with your brother like? What were his greatest attributes in your mind?

P and I had a great relationship. We were always close growing up. He was always there no matter what the circumstance. I miss his presence. I miss him calling me at the most random times, just to see how I'm doing or what's new in my life.

His greatest attribute was his writing. He was truly lethal with the pen. He taught me how to write. He said, just be true to yourself. His music will last forever because he made people relate, through the struggles that we all face.

Blogging is just something he loved to do, and along the way he found that he was actually really good at doing it. Because of that success, he built a huge fan base socially worldwide. 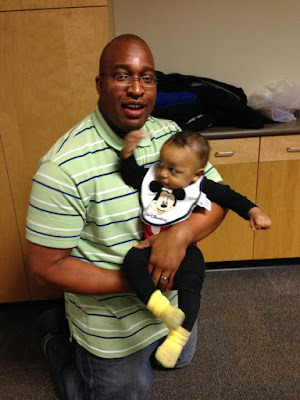 10. What, if anything, did P struggle with, as a musician, blogger, or provider for his family?

He took some time off, and I'm sure some of his fans knew this. For 10 months he was absent from the music scene. He just wanted to live life, be a better husband to his wife Vanessa and a better father to his son Matthew.

11. What was P planning for the site, and for his music, during his final days?

Back in April 2014, just six months before he passed, P told me that he was going to start doing product reviews. I think he wanted to build a bigger following on the blogging side of things. As far as his music, I know that he was posting more on Facebook, and he had told his fans he was gearing up for some new music, reaching out and connecting with producers and other known artists in Hip Hop.

[Editor's Note: Along with LX Beats and Kev Turner, I was able to posthumously release Praverb's single "All A Dream", which also featured myself and was world premiered by HipHopDX.com. All proceeds from the sale of this song go directly to Vanessa and Matthew.]

12. How are you working to further P's mission and legacy?

I started up a page on Facebook called IdoThis4Praverb. I post his music and the music of artists with whom he collaborated. I celebrate his life there on the 17th of every month.

Also, in March, I started doing my purpose for Praverb, Angel Wings for Praverb. I play his music, spreading my arms out in an angel pose, and honor him in my own way to cope with his death. It brings me peace.

13. What do you see as the future of this site, Praverb.net?

The future of Praverb.net will be nothing short of amazing. I am backed by a strong team, and I feel that P is living through us. I want the site to inspire others, and to give starving artists who put their heart and soul into their music, like P did, a chance to gain exposure -- because that's what P would have wanted. I want to provide great content, and keep it simple at the same time, as P constructed it.

14. How can people get involved?

One great way to keep Praverb close and help spread the message would be to purchase Praverb merchandise from the store. In 2005, P dropped an album called Wisdom's Cafe. He really touched base with God, while storytelling from the heart and soul. When he passed, I just couldn't let him go like that, so I created a shop for him and named it after the album. Designing and selling merchandise for him helps me cope, knowing that through his music and my designs I am keeping his name alive.

15. How can people get editorial coverage? How about Advertising and/or Public Relations?

We have a publicist, Quin Marshall. People can contact her at Quin@TracyCainMedia.com. A public policy around this will be implemented soon.

16. It's great that Quin is involved. She is my management, and the first I've ever had in my career. She does great work, so I do recommend people reach out to her. How do you plan on leveraging her services, and how did that relationship come about?

Yes! Quin is brilliant at what she does as a publicist. I'm definitely sticking with her all the way. We met through Praverb's twitter. She let me know who she was, that she had heard of P's passing, and that she was devastated. We talked for almost two hours. Long story short, she is 100% involved now and is dedicated to not only helping Praverb live on but also monetizing Praverb.net for his widow and young son.

[Editor's Note: We will NOT be charging artists for features; music quality and message are what get notice here. Quin is going to be working on incorporating more paid ads and sponsorship opportunities for artists and brands.]

17. Awesome. OK, weird question: In your words, how did you connect with me -- and other friends of your brother -- after his death? And how are we helping, or not?

As you know, you and I met on Facebook. And I'm never going to forget our first call, minus the drop-calls (laughing). But when I finally talked to you, you clearly introduced yourself and told me that you wanted to help and that you felt P deserved to be recognized and remembered. You said that he had helped you when you were going through tough times.

After he passed, everyone who knew of his passing made a way to my inbox to express condolences. I will never forget the overwhelming amount of respect that people showed on September 17, 2014. It brought tears to my eyes.

You guys are helping so much. I hope we never lose this bond, because this is really showing me that the world is not so cruel after all.

18. Thank you, family. That means a lot... So, other than me of course (laughing), who were some of your brother's favorite artists?

I know a few of his favorites were J. Cole, Rakim, and Mos Def.

19. Before we leave on a high note with some of the best of Praverb, let me ask you one tough question: What is your biggest regret related to the loss of your brother?

No regrets. We shared brotherly love. He supported me in every decision, while keeping me on a straight path in my younger years and even in the recent pass leading up to his passing. God showed me P in a Divine Intervention that he is writing in Heaven, and he said the pens last 50% longer when writing. He taught me: Love what you do! Love life!

20. That's beautiful. And if the great Praverb were here today, which four songs would he want me to (re-)share with the world?