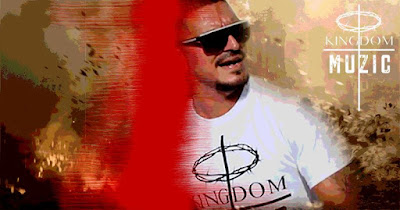 Since Bryann Trejo first released a short video clip of himself performing his song "Christian music" the Kingdom Muzic ministry has grown seven fold and impacted many lives across the globe. Behind the Kingdom Muzic story is a tragic story, Bryann intended to give up music completely after his twin brother was murdered. God used this moment to touch Bryann's heart and to change his life forever, He told Bryann that He would make music for His glory and from that moment Kingdom Muzic was formed.

Bryann's testimony is a sad but powerful testimony and God is glorified by Bryann's story. So here it is, as we end the week and approach the weekend, my top 5 Kingdom Muzic songs. Believe me that choosing my top 5 was not an easy task, there were so many songs that could of been at the number 1 spot that I had to choose two.

Feel free to drop a comment and let us know your top 5 Kingdom Muzic songs.

1a. Woo Woo - Ashamed Of What I Put Your Through

Woo Woo was the twin brother of Bryann, as mentioned previously he was tragically murdered. Before returning to our Lord, Woo Woo made music for God and the music is powerful on a whole new level! You can truly tell that Woo was impacted deeply by God in His life. Ashamed Of What I Put Your Through will hit you right in the heart, it is ultimately that heart wrenching song that again, many if not all of us can relate with. We are all sinners and it is only by the grace of God that we are saved through His son Jesus Christ our Lord and Savior.

This song is so powerful, the production is beautiful and the passion in the lyrics is evident at every moment. Make Heaven My Home is a song which any Christian can relate with, it touches upon the very familiar walks of life that a Christian will take. Great visuals by Josh Puebla. This song reminds me of the scripture John 17:6

“I have manifested your name to the people whom you gave me out of the world. Yours they were, and you gave them to me, and they have kept your word." - John 17:6

Amazing song, truly a deep, DEEP song. This video is fairly short, it is an original recording of Woo's verse, however the full song can be purchased on the Kingdom Muzic mixtape Vol 1 - and I strongly encourage you to pick up the entire catalogue of music, you will not be disappointed. The passion in Woo's voice is intense, there is no doubt that he truly believed every word of what he was saying. Rest in heaven bro!

People chase everything from money to fame, women to self indulgence. As Christians we only chase one and that is Jesus. Bullet Holes speaks on the contrast between the desires of the world and the desires that we as children of God should have. Even though we do not deserve to be given chance after chance, Jesus is always with us and will never give up on us. God looks upon a humble and contrite spirit and those who tremble at His word (Isaiah 66:2). Run after Jesus who gives us life, the world is a selfish place and will only take your life. Another great video from igNITE Media Ministries.

Bryann's life before finding and dedicating his life to God was 360 different from where it is now. Bryann at one point used to live a life according the the rules of the streets, from guns to drugs, alcohol and everything which comes with this lifestyle. Through out the song Bryann says "Take my advice, just surrender to Christ". It was when Bryann surrendered his life to Christ that it took that 360 turn. Remains Faithful starts off with Bryann sharing a little about his previous life and tells the story of how Jesus always remained patiently by his side awaiting for Bryann to return to Him. If we put our trust in Jesus, He will always remain faithful to us. This is Bryann's song reaching out to everyone who was living like he was and pleading with them to turn to Christ.

Christian Music is the song which launched the Kingdom Muzic ministry. It was Christian Music which was the song God put on Bryann's heart right when he decided to quit music. Later Bryann recorded a video for this song on his phone, it was later posted on social media and immediately went viral. Christian Music is a song which details the wonderful testimony of transition as shared by Bryann Trejo.

Young Cortez is a relatively new artist on Kingdom Muzic. Understand is his first single from his soon to be released album titled Revelation. Featuring Bryann Trejo and with production from Matthew Scott Smith this song was bound to be a catchy tune for the kingdom! Young Cortez is a talented artist and has a bright future, keep your ears open for him.

I also noticed Bizzle was in the video, let's hope that this meeting led Bryann and Biz to working on a song or two.