GemStones is The Elephant In The Room (GemStones Interview) 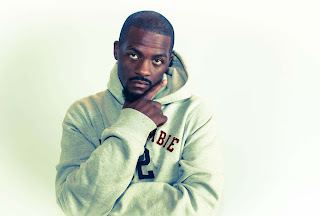 Having the opportunity to interview an artist that you admired for years is a great feeling. I gravitated towards GemStones fka Gemini's music because of his transparency, his emotionally charged delivery and his lyrical depth. I truly have a better understanding of GemStones as a person based on his recent project Elephant In The Room.

You can download Elephant In The Room via Rapzilla.

The passionate emcee/singer took time out of his schedule to answer some questions about his project and faith. Enjoy!


First and foremost, who is GemStones and how long have you been immersed in this art?

Gemstones is the evolution of Gemini and I've been immersed in this art since third grade.

When you came onto the scene you were known as Gemini. Recently you made the switch to GemStones. Would you mind sharing the reason for the name change?

Somebody had the name Gemini already; I was about to get sued, so I had to change my name.

Recently you released a project called Elephant In The Room via Rapzilla and on your website. What is the concept of the project and how has the feedback been so far?

The concept is basically speaking on the obvious that everyone has avoided talking about.

I love the fact that you tackled some popular songs on Elephant In The Room. A song that really got my attention is "Fire In My Heart." On "Fire In My Heart," you rap "and you fall for the bozos, spitting bars like they ain't weak, on these blogs, and got the nerve to be salty at Chief Keef." What was the first thing that came to your mind when you heard about the Chief Keep situation (issue with Lupe and Tweets about Lil JoJo's passing)?

I just thought it was real unfortunate that two guys from the same city was clashing, but I understood why! I was deeply saddened by JoJo's death thinking to myself, wow! Another black male gone over something senseless.

Listening to your music throughout the years I can sense a level of maturation. It appears that you are more apt to teach nowadays. How do you continue to stay prayed up in a city that is marred by negative press?

By staying focused and keeping my eyes on the prize, knowing that I have a job; which is plant seeds for the youth and by no means will I let anything take me off my path!

Charles Barkley stated to the world that he is not a role model. Is GemStones a role model?

I'm a messenger of God!

On "Irregular", you rap: "Nothing about me is regular, cause I don't label it gospel don't make it secular." In pass interviews you stated that the term "gospel" boxes an artist in or limits growth. Before you were saved did you have an idea of what a gospel hip-hop artist looked or sounded like?

No, I had no idea. I didn't even know gospel rap existed!

One of my favorite songs on Elephant In The Room is "Dying Breed". Your passion and energy really enhanced the replay value of the song. Can you share the concept behind the song?

The record was basically me holding a mirror up to people in today's society, so they could see where the problems lies; change starts with self.

Because I believe that I'm one of the most underrated artist from Chicago who deserves a fair shot.

Elephant In The Room can be downloaded from Rapzilla.

One of the things that I admire about you is your transparency. You were never afraid to share your experience or life with us (the audience). Would you mind sharing your writing process with us?

I sit down at the kitchen table and before I write anything, I pray! After that I use my voice as an instrument and become one with the beat!

What is your favorite biblical book?

Psalms and Proverbs... Those are my favorite, they do something to my soul! 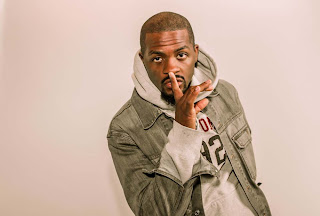 What are currently working on?

Records for different artist in the game and my album Blind Elephant that's due to be released when ever the someone comes along with the right situation.

www.gemstonesforlife.com is where the album can be downloaded and where you guys can keep up with future events!
Email ThisBlogThis!Share to TwitterShare to FacebookShare to Pinterest
Labels: Free Downloads, GemStones, The Rhyme Perspective
Newer Post Older Post Home