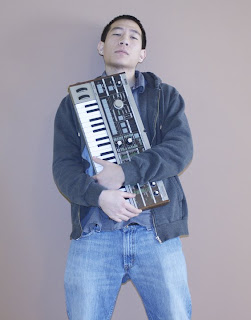 This Behind the Beats interview was actually set up by Loumonoti. He reached out to a Virginia based beatmaker by the name of Jin N Juice and connected via email.

Take the time to get acquainted with Northern Virginia beatmaker Jin N Juice by checking out the interview below.


First and foremost introduce yourself to the masses.

My real name is Jesse Jin, but I go under the name of Jin N Juice. I am from Virginia in the 703 area code.

What inspired you to start making beats?

It's a funny story of how I got into making beats. When I was in college I was a huge supporter of the "herbal medicine," Me and one of my hall mates would just chill and listen to Bone Thugs N Harmony all the time in his room. We would constantly be bumping East 1999 and our favorite song was "Thugish Ruggish Bone". Their music is what got me more into the whole hip hop scene because of how creative they were in their music.

Their melodies, with the way they were rapping and harmonizing while riding the beat, blew my mind. So one day one of my friends told me about a program called Fruity Loops and he gave it to me. I thought it was the coolest thing in the world. I started playing around with it, and with my money that I have been saving up, I bought an interface and keyboard. Next thing you know, I am at a Chinese restaurant telling my family that I want a career in music. The rest is history.

Progression is loosely defined as getting better day by day. What areas have you progressed the most with beat making?

When I first started off making music, all my sounds were very robotic. It sounded too computerized and had no feeling. I believed I progressed significantly since I started. From sampling to even being more organic and starting from scratch. You can tell the difference in my music if you listen to my beat-tapes.


Hip-Hop is a worldwide phenomenon that captivates the hearts and minds of a lot of people. Have you collaborated with any beat makers or emcees from other locations in the world?

I have worked with local producers, singers, and emcees in the DMV area. There is a lot of talent in this area however there are not too many outlets to display that talent. I did sell a beat overseas, however I haven't heard from him since.

Describe your creative process in regards to making beats? do you rely on a ritual or is your mood based on the moment?

My creative process when creating beats really depends on how I feel like at that moment. I could start with drums, or I could start with an instrumental. I try to make music that makes you think and can switch up sometimes. I also am very structured and like to progress my beats. It doesn't matter how I start it, but how I finish it.

What artists would your love to work with?

I would love to work with a variety of creative people from Kendrick Lamar, Timbaland, Neptunes, Daft Punk, RHCP the list can go on and on. I don't want to work with only rapppers and hip hop music, I wanna expand my creativity to a number of genres.

How can aspiring emcees, or the press get in contact with you?

Music is the greatest art form there is in this world and all I want to do is create great music.


This interview was put together by Loumonoti. Thank you Lou for your networking prowess.
Email ThisBlogThis!Share to TwitterShare to FacebookShare to Pinterest
Labels: Behind the Beats, Jin N Juice, Loumonoti
Newer Post Older Post Home