Phene Interview with Praverb Dot Net: From York, Pa to the World (The Setup) 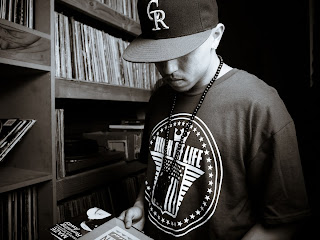 This interview has been cooking for awhile. Phene is an artist that I truly respect. The man has the ability to weave words together easily, he also possesses business sense and he is visible.

The York, PA product is making noise in Atlanta, GA. Shows, features, branding, etc all define Phene's grind. The talented artist took the time to answer some questions that touch on his humble upbringing, his discography, his latest project and more.


First and foremost, who is Phene and where does he reside?

Phene started as a small city kid with big city dreams. An important voice in coming out of a region that hasn’t really had its story told to the world yet. I’m originally from York, PA (Central Pennsylvania) but currently working out of Atlanta, GA.

When did you first realize that rhyming was your meal ticket?

Writing and recording music has been in my life since a teenager & served as an outlet for self-expression. It wasn’t until graduating high school that I released my first body of work & pushed the music out in Central Pennsylvania. The response from the people is really what pushed me to go full speed ahead.

Would you mind sharing your recent discography with the audience?

In 2011, we put out a concept project called God On A Greyhound. This CD did as much for my career as any project I’ve ever released. Over the years, I’ve released a slew of mixtapes. It’s always fun to connect with the DJ’s and give fans that grassroots rap exhibition. Most recently, my DJ released a mixtape titled The Setup featuring 17 new songs that I’ve been a part of in 2012.

I first met you on Rapmusic.com. I remember collaborating with you and being amazed at your maturation in regards to your skill set. Is it safe to say that your experience on the Rapmusic.com enhanced your skills?

What a lot of people don’t know is how much talent came from a certain era of Rapmusic.com’s website. From multi-platinum producers, to major label rappers, we all grew & learned from each other while making music together. Some of us caught wind of the power of networking and hip-hop music online before it spread to popular culture. It’s a beautiful thing to see how far some of us have come. Til’ this day, the history is deeper than a message board.

You have received a lot of press for your stellar releases (as evidenced by winning Central PA Hip Hop artist of the year multiple times). You are also a mixtape veteran as evidenced by over 400 mixtape appearances. What is your idea of success?

To me, the ultimate definition of success is to create a career in which I can support my family & live comfortably. I’ve accomplished a lot during my come up years, yet the thing that keeps me going is setting new goals & challenging myself to attain them. One step at a time. I try not to get distracted by the glamorous ideal of being rich and famous perpetuated by the media. Of course that national attention would be great, but Rome wasn’t built in a day.

Last week you released The Setup with Dj Dub Floyd. Would you mind sharing the concept for The Setup?

The Setup is a new body of work created mostly over the summer of 2012. This year I’ve concentrated more on shows & building relationships than releasing music to the masses.

From opening up for Jadakiss, Styles P, Maino, to headlining the Tuner Evolution Car Show, and doing a whole bunch of shows in Atlanta. Even if it’s behind the scenes, every move I’ve made has been helping Set Up a greater platform for me. That’s why we called the mixtape The Setup.

How long did take you to create The Setup and how does it differ from God on a Greyhound?

Being that it is a mixtape, I recorded the majority of it in a very short time span. Some of the collaborations naturally happened while working the Atlanta underground scene. At times, the project is dark & has a serious undertone to it. I really wanted to take it back to when an artist would put a pile of music in his DJ’s hands & say, do what you do best! Being a child of the mixtape era, I felt like snatching some beats & putting in my .02 cents.

On the flipside, when I go in to create an original body of work, it’s more about the concepts & story we’re trying to convey. It’s more about the producers’ sound that captures the vibe of the stories inside the lyrics. That’s currently where I’m at as I write this…. Working on the next original project.

Describe the working relationship that you have built with Dj Dub Floyd.

It was a mutual respect since the first day we met. We were already familiar with each other’s work due to running in some similar circles. When we create ideas & brainstorm, we have a natural chemistry together. We see eye to eye on a lot of things.

He’s a major part of High Off Life, LLC. and a DJ that you should fear. Over the summer of 2012, we’ve been able to do more shows together, which has been fun both for me and the fans that come out and support us. There’s nothing like a dope MC rocking with a dope DJ. That’s hip-hop.

To be High Off Life is to have a feeling of euphoria about your life. To feel good about the things you’re investing passion and energy into. You know that feeling of getting a new car? Or buying a new outfit & feeling fresh, ready to step out into the world? Imagine living your life to have that feeling constantly. That’s what we strive for & push our fans and family to do the same.

I like the fact that High Off Life, LLC gives you a chance to solidify your brand. How important is branding for an independent artist?

Branding is super important, especially for an independent artist or company. Just because I’m a recording artist doesn’t mean that I can’t grow my brand in other areas and expand as a businessman. The more my company can bring to the table, the better situations we can negotiate when dealing with major companies and record labels.

What is next for Phene outside of project your recent release?

As I noted earlier, I’m currently in the studio working on an original project that I’m hoping to release 1st quarter 2013. It’s been a fun ride this year & I’m excited to be working with some multi-platinum producers. The relationships I’ve built over the years are surfacing & I think the timing is right for me to step into the heavyweight ring with my new music. Revelation 717.

Stay tuned for new music and clothing from the High Off Life family. 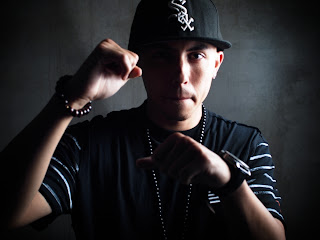