Decided to share multiple gems this week instead of clogging the blog with multiple songs everyday. This week I have been exposed to a lot of music and I hope you enjoy it.

The homie Dj Sav One and Dj Dyllemma put together a mixtape that is dedicated to Freestyling.

I wanted to download the project a few weeks ago but it slipped my mind until yesterday. The FreeOfStyle Mixtape spotlights freestyles from the 90's. Expect freestyles from Lord Finesse, Pete Rock, Nas, Big L, Biggie Smalls, Q-Tip, Ghostface and more.


I love the explanation in the intro:

"A freestyle is a rhyme that you write, basically, that is free of style."

"Whoever" is a dope track from an artist by the name of Deraj. Deraj actually sent this track to me via Twitter and I checked it out.

I love the production and the video work is stellar. Check it out!


Here is a new track from the homie Blame One called "I", which is produced by Preed One.

"I" is the first track from the upcoming Blame Preed album. Blame has been staying busy with his personal life and getting in shape. I know the homie has some fire on the way. 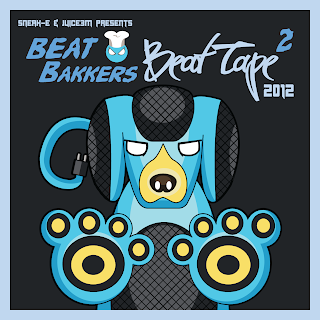 Earlier this week I was exposed to this awesome instrumental compilation from Juice3M.

The BeatBakkers Beattape 2 beat tape features beatmakers from the Netherlands, UK, Canada and the States.

New track from my homie AnotheN called "It's Not You... It's Me.

I love the production for this track and the actual concept that Chris utilizes.

What are some uncovered gems that you heard this week on the internet?
Email ThisBlogThis!Share to TwitterShare to FacebookShare to Pinterest
Labels: Praverb's Picks, Uncovered Gems, Video
Newer Post Older Post Home