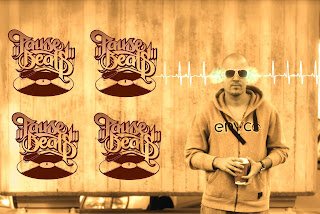 I checked out his material and thought it would be great to introduce him to my core reading audience. This shows that hip-hop is indeed worldwide.


First and foremost where is Pause Beats from?

I grew up in Uppsala, a smaller town close to Stockholm. Moved to Stockholm 12 years ago.

Describe your production style for the masses.

I got some different styles, mix old and new. I work both with samples and play some keyboard. I think you can hear my DNA in the drums.

Describe the hip-hop scene in Sweden.

It's getting better, we got alot of production talent here.

Recently I ventured onto your SoundCloud page and I noticed that you had a track with Kaimbr and REKS. Would you mind sharing with us how the collaboration happened?

"Mo Pay" featuring Kaimbr was made by sending files over the internet. "Magnificent" featuring Reks was done while he visited Stockholm in 2011.

Describe the difficulty associated with being an international beatmaker in an industry dominated by Western talent.

It's the distance basically.

Pause Beats is influenced by...

Which artists would you like to work with in the future?

I would like to take the opportunity to thank anybody that ever supported me and thanks to you for taking the time with this interview. Look out for more singles dropping soon and my album later this winter. Peace.
Email ThisBlogThis!Share to TwitterShare to FacebookShare to Pinterest
Labels: Behind the Beats, Pause Beats
Newer Post Older Post Home