Mystro Interview: Take One Dose of Mystrogen (The Birth of MysDiggi) 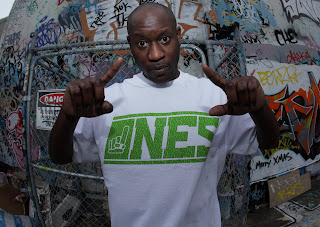 I have been looking forward to interviewing this international phenom for a long time.

It was 2006 and my taste for hip-hop started to fade. I started dabbling with the international scene and I decided to revisit material from Jehst, Phi Life Cypher and other UK based artists.

I stumbled upon Diggi Down Unda from UK rhyming veteran Mystro and the rest is history. I started to track down everything Mystro released and I added it to my iPod.

This interview exposes my audience to the rhyming prowess of Mystro. Enjoy!


First and foremost, where is Mystro from and how long have you been rhyming?

I'm from West London, England UK I've been rhyming probably since I was 13 or 14 but never really took it serious until I hit my 20's, but for the last 8-10 years it's actually been a career and my job.

You got your started in 1998 with your appearance on Cane's "The Struggle" 12". Explain the difference between rhyming back then and now.

On a personal level I think back then I was doing my best to prove I could spit. So it was always about being loud and fitting as many patterns and punches as I could in to a verse. I was definitely still developing but my first ever recording session with some known cats in UK (Skinny Man + Fallacy) proved that this big forehead having mutha luva was gonna be a problem.

Over the years I think I've managed to find my voice and handle different styles of beats as I see fit. Before when I was mainly shouting my verses and sometimes ahead of the beat (in my ears).

If your asking about the difference with Hip-Hop in general, I'd say there were a lot more different styles of rhyming back then than now, a lot more different voices and techniques etc say from Too Short to Daz FX to Smoothe Tha Hustler but it feels like there are only about 7 different styles people use now in the mainstream (if that). But I think in the last year or so things have been expanding again.. The underground is getting more light now so it makes sense I guess.

You have been in the game for years and you have released a ton of material. In order to stay relevant, artists have to change with the times. I noticed that you recently collaborated with SBTV and presented a live version of "That Rush". Talk about the importance of social networking and being visible as an artist nowadays.

Well we've all seen many an artist make big waves off of social networking so it's definitely important and one thing to look at is how major labels sign artists silently and aid the artist in getting a strong following through social networks/media which makes the artist look even better appearing as an independent which in turn gains MORE public support.

That alone tells you how powerful Twitter, YouTube, Facebook etc are in the music world now. People even pay for fake views and followers now and the shit works because the 1st thing someone will ask about your video is how many views has it got or how many followers do you have on twitter. Followers are oblivious to whether the stats are real or not unfortunately.

I'm working on the release of my debut LP Mystrogen out on Don't Bizznizz Entertainment on September 10th, so I'm hyped right now!.. I released a taster called What Type Of Drug Is Mystrogen? As a consultation before the main treatment and it's been getting love.

Mystrogen! rad that is awesome, would you mind giving the audience a glimpse into your thought process for the project? 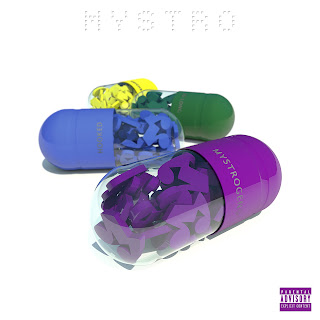 I've always had the idea my 1st full length would be called Mystrogen and some how it would be like a drug that alters the mind and takes you elsewhere. Some of the tracks were ideas I was playing with for a while and knew for sure they were for the album as they'd work with the concept.

I'm in the hospital waiting for my prescription of "Mystrogen", once i get it i feel "That Rush" and realise "What I Want" then becoming "Hooked" and so on.. I just like to entertain and take people elsewhere with my music and I feel this LP does exactly that and it's just an introduction of what's to come from now on from MysDiggi.

Mystrogen out September 10th 2012, you can preorder it on iTunes NOW.

Did you record Diggi Down Unda in Australia?

Yeah it was all recorded whilst on tour out there over the period of about 3 trips to Australia and 1 to New Zealand. Originally it was gonna be an EP but I was getting back out there so often enough and for a good amount of time for it to be a bigger project. Was definitely fun putting it together for me, working with some of the cream of the crop out there and getting to meet and work with some legends/up and comers of those shores.

I view you as a pioneer for United Kingdom Hip-Hop (UKHH) alongside countrymen Jehst, Klashnekoff, Phi-Life Cypher, Lewis Parker and countless others. Explain the current state of hip-hop in the UK and what the future holds for hip-hop in the UK.

At the moment it feels like it's resurfacing from a quiet place. I was travelling a lot through 2003-2010 and so not really seeing much of what was happening out here in the Hip-Hop community but gradually I could see that other genres/cultures were taking over i.e. grime + dub-step and people decided to start rhyming more over that kinda stuff which is cool for expanding the audience I guess but not all of us feel it the same way so it seemed like Hip-Hop had taken the quiet road in terms of media/exposure(many specialist DJ's on radio have had their slot times cut down/moved to later times).

In the last couple years now it feels like it's finding it's feet again in popular culture with things like Don't Flop (battle league), High Focus (record label), co-operates showing more interest (I recently did a viral advert for Blackberry UK). As well as a bunch of new talent using the internet the right way so it's feeling good and can only get better in my opinion.

One of the things that I appreciate about you is your deft lyricism and clever rhyme schemes. Would you mind taking us through a typical Mystro writing session?

Thank you man I appreciate you saying that king. For the most part I write when ever I feel like it cos the inspiration usually comes from everywhere it could be something I've just seen or heard being said that triggers it.

I usually prefer being alone and zoned out but I don't mind people being present cause it kinda adds to the performance I think. I like to have the beat running so I can vibe with it whether it be headphones, monitors or just in my head cause a lot of what I write I put together in my head 1st then write down and so I need the beat going constantly to make sure it all fits right and feels natural.

I've found this to be a quick way to learn lyrics as well cause one thing I've noticed over the years is I prefer not reading the paper when I'm recording. It sounds so much more natural when it's flowing from your memory than when your trying to read ahead of yourself on paper/phone or what ever.

Not really, I guess not that many opportunities have arose yet. I've recorded with Main Flow for his Hip-Hopulation LP, recorded with Block McCloud of Brooklyn Academy for a mixtape, of recent I featured on Copywrite's latest project for UK and Homeboy Sandman features on Mystrogen but i'd definitely like to do more US collaborations and wanna make it happen in the near future cos I plan to come out there after this LP's released so we'll see what happens.

What does the future hold for Mystro?

A lot of success and a bunch more releases, after this LP I'll be switching my name to just MysDiggi so expect that also.

I've been blessed enough to get an early break with this thing here, enough for people to label me as a legend/vet but I honestly feel like I'm just getting started now and have found my lane with the label Don't Bizznizz and releasing my debut LP, there's a load more LP's to come as well as my partner in rhyme Jargon coming back so we can do this Natural Born Spittaz thing.

I've been getting into video production also so it really is just the Tip Of Da Mysberg right now!

Yeah I went through a really weird patch over the last few months where I was questioning myself on whether I should quit or not... although it started out as a joke I started thinking seriously about it and after talking with people and really boiling it down I realised it was all for the wrong reasons and I just needed a little break from constantly working etc.

It all started because I had enough of talking to people who would just say stuff for the sake of it (you know that industry convo of "hey how is everything? What you up to? From someone who's clearly just tryina fill the air with meaningless banter?)... I had a dude say to me "oh I loved the UK Rap Up you did last month" and 2 minutes later ask "so are you still making music? What you up to now?" Which to me is so corny... Things like that had me questioning Hip-Hop's integrity and I decided to get it all off my chest by writing "Cockadoodledoo" and saying #HipHopBetterWakeUp

So I say please Hip-Hop let's not get fooled by the glits + glamour anymore because we always seem to complain but never do much to change things now a days, it feels like everyone just accepts things for the way they are rather than speaking out and being honest with themselves. That's what I thought Hip-Hop was about but somewhere along the line things changed it feels... Hopefully I'm wrong though.

Peace to you Praverb for keeping spotlight on the art-form and teaching the masses. We need more of you around the world king!
Email ThisBlogThis!Share to TwitterShare to FacebookShare to Pinterest
Labels: Mystro, The Rhyme Perspective
Newer Post Older Post Home