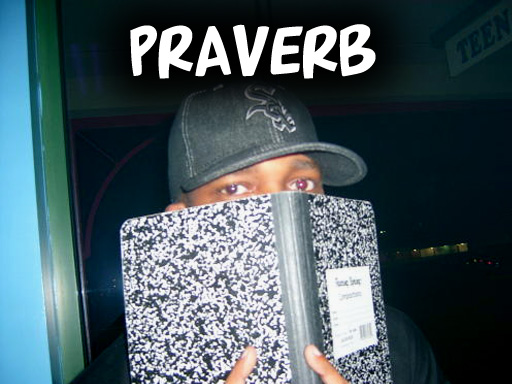 I have been writing and recording material since 2002 and I have compiled a lot of songs over the course of time. I thought it would be generous to share everything that I have recorded since 2004 minus a ton of features haha. I believe that this would be awesome for people that are unfamiliar with some of the music that I have recorded and a collector's item for those who are familiar with my music. There is also a folder labeled Songs that includes 30 songs that did not have a home. I thought about uploading the discography when I was talking to the homie Dj Grazzhoppa about a mixtape (that revolves around my discography).

Just wanted to let you know that the file is HUGE, make sure you use WinRaR or WinZip to download the .zip files. Thank you for being patient and taking the time to read this post.

You can download a majority of these projects HERE. I will upload new links soon.
Email ThisBlogThis!Share to TwitterShare to FacebookShare to Pinterest
Labels: Free Downloads, Praverb the Wyse
Newer Post Older Post Home