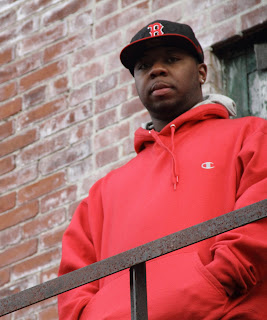 The homie Rev hit my inbox with this banger from Explizit One called "Eagle's Feet." "Eagle's Feet" is the first single from Explizit's It's More Than Just Music. The single features Frankie Wainwright, Stick-Em Up, Akrobatik and Ben Carew. Explizit One is a beatmaker from Massachusetts who has produced for Special Teamz, Edo G, Jaysaun, Verbal Threat, M-Dot, Omega Red, NBS, Verbal Threat, MaGestik LeGend and many more.

The press release states that the song expresses artists thoughts on overcoming obstacles, paying dues and rising above the hatred in the game. All of the rappers spit nice verses and I love the fact that Akrobatik is back on the mic after his health scare last year (he destroys the mic with his legendary cadence and command). You can listen to the track below and let me know if you are feeling it.