The Rhyme Perspective with Devine Carama 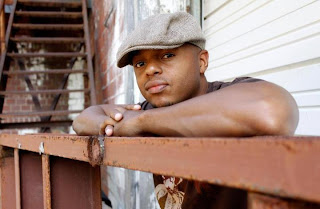 First and foremost, who is Devine Carama and where are you from?

Describe the hip-hop scene in Kentucky.

Bad. Just being honest. Limited support from fans, venues, and a lot of in fighting between artists. Crab in a bucket mentality here. If you can build a buzz here in Lexington, Ky you can build a buzz anywhere! lol. On the flipside we have some of the most TALENTED MCs on the planet. So the potential here is so great to have a thriving hip hop scene. But like I said as cats start taking more of a leadership role the scene grows.

Recently you released a project called Blood Of A Slave. In my opinion it is one of my favorite projects of the year. What is the centralized theme of the project?

The album is a loose concept of how black men (particularly artists) are still "slaves" psychologically because the affects of slavery have not only been passed down through the generations but also those affects have been subtly induced by modern media, music and television images. But instead of directly talking about those affects I tried to "be" the affects. I wanted to make Blood Of A Slave from the mentality of a rapper torn between the dream and the promise. Between what he sees and what he knows. A battle between his angels and his demons. This album is not for the casual listener. This album is something deeper than what is in the radio and/or the club. Follow me on this artistic journey through "Davey Jones Locker"...Through purgatory.

Devine Carama - Blood Of A Slave
Who handles the production on the project?

Several cats from my hometown Lexington, Ky but the bulk of which was done by my homie Starks.

Does the project have any featured guests?

Indeed. Starks, Sheisty Khrist & D. Page (vocalist) from my hometown. Then I linked with Vito Banga of the Nappy Roots on "Nigga Please" for that Kentucky connection. Then of course the NC homie Thee Tom Hardy. Dude is a beast. Honor to collab with him and hope for many more.

What is your favorite song from the project?

Changes weekly, but right now its "The Populist Pulpit". It's so honest, so soulful. Chuck full of that substance & passion that I think the game is missing at its highest level.

One of my favorite songs from the project is "The Populist Pulpit." Your delivery is very precise and the message is on point. What inspired you to write the song?

I swear I didn't know this was your next question lol. It is about a regular dudes' plight to do something special. But there is nothing special about him. He doesn't speak from a position of righteousness or power urging those "below" him to be like himself. He speaks from the perspective of a flawed individual about how you should strive to be better than him. It is about just being real and shining light on your flaws in hopes of inspiring others to confess their own flaws which is the first step to improving those flaws. While exposing himself, he does it carefully as to not condone his actions. He's preaching from the pulpit of the people. Not a descendent of Jesus' works but a warrior for Jesus' works.

What inspired you to write "Kentucky Fried Chicken"?

Umm Not to start any problems but I got tired of being avoided by certain MCs when it came to doing features. I think the game is saturated with a lot of new school cats that don't really focused on the pen & pad game (lyrics) as history and the essence of the craft suggest you should. I think when those fools run up on a true MC there bullshit is exposed. Magicians only keep making money as long as his or her tricks remain a secret. So I just wanted to shine light on that while still having fun with it you know. The hook is mad fun but the verses are exhibiting the very thing I think some of these young cats fear. They chicken. KFC...Extra crispy face ass rappers man lol.

People should support the project because...

it is a breathe of fresh air. It is lyrical, dark but soulful, and loosely conceptual. It presents quality and brevity that makes it worth at least a listen I think.

Do you have a set process in regards to writing a song?

No. Sometimes it starts with a concept, sometimes a melody for a hook, sometimes a unique idea. Sometimes I come up with a dope jewel or punchline and I just build a song around that. Really random how my song writing process goes.

My brother period. I mean, he is my lyrical mentor but It is a lot deeper than that. I grew up with his wife. He has lent me money. He shares a birthday with one of my daughters. That's my brother right there.

They starts by hitting my website and all my social site contacts and emails and all that good stuff are there.

What projects are you currently working on?

The conceptual follow up to Blood Of A Slave which is called Heart Of A King. Kind of a play of lyrics from the intro to Nas' Stillmatic album.

How does an artist like yourself stand out in a cluttered genre?

Man...I was just say honesty. I'm very very honest in my music. Also, I'm a socially conscious artist that doesn't limit myself to one sound. I'm not afraid of making "big" music with a mainstream feel.

All I ask is that you listen, enjoy (or not) and then spread the word (whether it's good words or bad). Word of mouth is how indie artists maintain. Give it chance.

Listen to music from Devine Carama Here. Physical copies of Blood Of A Slave can be purchased via Devine's Website and will include 3 bonus tracks.
Email ThisBlogThis!Share to TwitterShare to FacebookShare to Pinterest
Labels: Devine Carama, The Rhyme Perspective
Newer Post Older Post Home