Behind the Beats: Koen 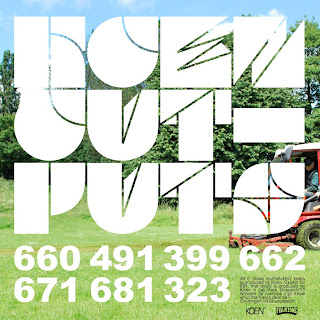 Where is Koen from and how long has you been making beats?

I’m from Groningen, Holland, Europe. I’ve been making beats since (I think) 1998.

Who influenced you to start making beats and what do you think is your strength in regards to beatmaking?

I’ve been listening to hiphop for a long time, started off with Swingbeat and Westcoast-music. Music from people like Suave House Records, Tone Capone, Mike Dean, Daz, etc, inspired me to make music for myself. As far as my ‘strength’ within my own music, I don’t know. I always look for melodic stuff and try to make something that sounds like ‘me’.

I first noticed your name when I listen to Median's Relief from Median (You produced "Love Again" for Median in 2007). Describe the feeling associated with working with Median.

Well, Median’s record was kind of a weird process. I once did a quick remix to "Comfortable" and decided to send it to him. He was blown away by it, so I sent him some more beats. I didn’t hear anything from him for a while, when he e-mailed me the record was coming out and my track would be the b-side for the single. Median’s still one of my favorite mc’s out there, I hope he’s dropping an album soon.

You have also produced for Shawn Jackson and most recently Ro Spit. How has the Internet benefited you in regards to collaborations?

Well internet is the key to all my collaborations. Music + communication is the internet.

The explosion or reliability of social media networks makes it easier to communicate with people all over the world. How can you ensure that your beats are heard by the world?

I try to send out clear e-mails to blogs, writers, etc. And personally note the people who should definitely hear the music. I do my best, but making music and doing promo is a hard job. I have a fulltime job next to making music.

Describe the hip-hop scene in the Netherlands.

Holland is pretty small, but there are a lot of good artists over here. A while ago I had a plan to arrange a project with some producer-friends from over here. We have a lot of talent. Too bad the plan did not work out, but recently Ray Knowledge (Raymond) started Wonderful Ear Records. He picked up my plan and hopefully you will be able to hear from the label soon.

What are you currently working on right now?

I'm putting out a new version of Outputs ASAP. Also I did some production for Ro Spit’s album, which is soon to drop. I recently sent out some beats to a few artists, it’s too soon to tell who’s really using my production.

In 2010, you presented Outputs to the world. Describe the background for the creation of Outputs.

Outputs are just beats I had which I thought were good enough for an instrumental release. They came straight from the PC, hardly any mixing, plus I did not gave them any titles.

How was the project received from the masses?

Had a lot of good response, but I think it could’ve been better. I hope the next part will be received even better.

Who would you like to work with in the future and why?

That’s hard, but I like to work with some ‘real musicians’, to do an instrumental project. Also I want to do an album with Prince.

How can the masses get in contact for you?

Thanks for sending me the interview! I like it when people reach out and ask me stuff about my music.
Email ThisBlogThis!Share to TwitterShare to FacebookShare to Pinterest
Labels: Behind the Beats, Koen
Newer Post Older Post Home