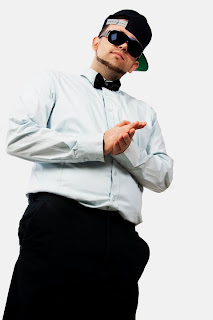 First and foremost, who is Slick Chops and where does he reside?

Slick Chops aka The Local Celebrity aka Slick Choppa. I'm from a big town called Howell in New Jersey.

How much of an impact did growing up in New Jersey have on your perspective or the way you view life?

It made so many different impacts on me its hard to focus on only one. It depends where I was at. In my neighborhood, it made me realize how well I had it growing up. I started realizing how well I had it when I went to low-income areas all over New Jersey. We weren't rich nor poor, we were comfortable though. My neighborhood had its good crews and bad crews. In the beginning, I ran with the wrong crew, not soon enough realizing it. I switched crews and ever since, my way of living has been much more relaxing and stress-free. Even though I grew up in a nice neighborhood, I know that there are opportunities to be in better neighborhoods, so that's why I do what I do. Hip Hop music; my only true passion.

How long have you been rhyming? Who were your influences growing up?

I've been rhyming for about 10-11 years. I started around 9 years old just writing basically, nothing crazy or good, but I did start early. I started with writing about things I never done, like carrying guns, shooting people, and plenty other things, just because of my immaturity. I grew up listening to Eminem, that's all, and that isn't an exaggeration. Every single day, it was either Eminem in my Walkman or I wouldn't be listening to music. If you were to ask anyone who knows me, they can tell you in a split second who my greatest influence is. It was mainly because I knew about the culture; it is a predominantly black culture, and seeing a white guy doing it really made me feel like this could actually be for me. I started recording when I hit high school and that is where the journey began. I realize now that this music shit is for me.

What separates Slick Chops from the multitude of emcees? What do you offer to the game?

What separates me from a lot of emcees is my motivation. I don't hate on anyone's success, but I hate not being at the same level as other artists such as Eminem, Jay-Z, even new cats like Mac Miller. As a true hip-hop artist, I do this for the love, but fans are what motivate me the most. Knowing that people believe in me and support me is what tells me like, 'Yo, you're really making these people vibe with you.' If I had no one bumping me and/or everyone hating on me, I'd still put out music, but the drive wouldn't be as much as it is now. I focus on building my fan base because without fans, you're just 'another one'. What I put on a track is different to a lot of emcees out nowadays. I try to stay modern but bring an old-school type of vibe to my music so everyone can enjoy my music. I grew up in the 90s and early 2000s, when hip-hop was at its prime, so I feel obligated to continue feeding the pulse of hip-hop with a style not many rappers nowadays bring to the track.

You also sing as well, when did you first notice that you could sing? What are the benefits of being an emcee that can sing?

Haha, I use to be in the Chorus club in grammar school. That's when I realized I had 'somewhat' of a capability to sing. Don't get me wrong, I'm nothing like a Trey Songz, Chris Brown or anything like that, but I know how to stay with a rhythm and provide melodies that can add a little something to my song to make it really catchy. Being able to rap and 'somewhat' sing opens the doors for more fans. Take a rapper like Drake, he's a great lyricist with a mesmerizing voice when he sings, currently one of the more successful artists in my opinion. Any song I hear him on seems like it's a hit, mainly because he's on it.

You have released three mixtapes in the past. Since the game is over saturated with free content, how can Slick Chops generate interest in a crowded market?

It goes back to what I said earlier, the motivation. You can hear within my lyrics the hunger and thought I put into my lyrics. You can even hear it in my voice, sometimes I'll go nuts, just to make people understand how I'm feeling at the moment. I also like to put out music that targets all types of markets but still stay true to myself, such as high school/college kids, potheads, alcoholics, middle class living, etc. The past three mixtapes that I put out, were all put out within the same year. Nothing Comes Free, Something 4 Nothing, and 16's Since Sixteen were released around the same time.

Right now I'm working with an artist from California, Cayoz, on a mixtape called Jersey 2 Cali: The Red Eye Ride. He's one of the dopest artists I've worked with. From this mixtape, I expect to generate a bigger buzz for both Cayoz and myself, due to the cross promotion. He'll promote it in Cali while I promote it in Jersey, hopefully gaining some new fans all along the West Coast. Also I'm working on my official album, The Local Celebrity. Shout outs to all my producers on my upcoming album!

The process of making an album is difficult because...

Of everything that needs to go into an album. I separate mixtapes and albums, because I don't feel their the same type of project. Mixtapes, to me, are just for promotional use. Basically using anyone's beats you want, as long as you don't look to make a profit from it, you're straight. But with an album, it's basically like running a business. You've gotta network with artists/producers, you've gotta invest, whether it is with the production or features. Luckily enough, I have a recording set up in my house that puts out top quality recordings, but investing in studio time is another expense. Paying for album covers, photo shoots for the album cover (optional). Than if you're smart, you want to get hard copies that are legit to sell out in the streets. With albums, it is basically expense after expense in the beginning. But as I said, if you're smart, and grind hard, and you sell a lot of cd's for around $5 each, you may see that money back real quick, depending on how hard you promote yourself.

When do you expect The Red Eye Ride to drop and do you have any sponsors for the project?

I'm hoping within 2 weeks, maybe around July 20th or so. The mixtape cover is done, we're just going over some final touches with the songs, and then soon enough the mixtape will drop. I'm working on a sponsor with this guy from Staten Island, but like I said, mixtapes are for non-profit use, in my perspective. So I don't want to put much money into something that isn't going to promise me anything back, I already lived that multiple times, haha. 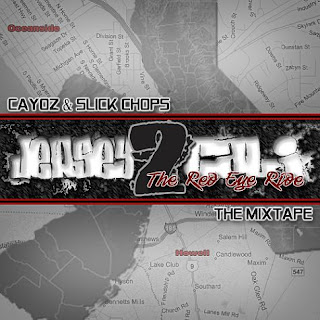 Ahhh, everybody is a critic nowadays. You know what man, it is what it is you know? People are gonna love you, people are gonna hate you, that's how it is. I live by the saying, 'Its easy to hate, but harder to love', that's the reality to it. I take criticism well because either way, it helps. Positive criticism reminds me that I'm doing something right. Negative criticism makes me note the fact that something I did with a song, people may not have felt, so maybe I won't do another song like that. If you got the time to critique my music, whether you love it or hate it, I respect that because it helps me develop into a greater artist.

Hit me up on Twitter or you can get to hear more of my music at YouTube. But like I said, I'm all about the fans. Add me on Facebook or like my official fan page on Slick Chops Fans. If you want to talk business with me, email me at slickchopsinfo@yahoo.com. I may have forgotten a link or two, so if you're looking for any other way to contact me, just Google Me!

Always stay true to who you are. People can't hate on someone for being themselves. If they do, they don't know anything about you, so you don't gotta stress nothing. If you come off as a fake, you'll be looked at as fake for the rest of your life. And for young heads just coming up in the game, PROMOTE HARD! That's the one thing I wish I would have done when I was around 16. I never promoted so I feel like I got a late start. But like I said stay true to yourself, do what you love, don't give up, and never settle for less. You'll get to the point you want to be at, just stick with it, and fight for it. It won't be easy, but you'll regret it if you don't pursue your dream.
Email ThisBlogThis!Share to TwitterShare to FacebookShare to Pinterest
Labels: Slick Chops, The Rhyme Perspective
Newer Post Older Post Home