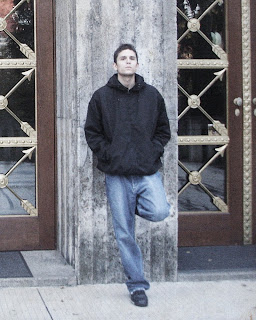 First and foremost, who is Politiks and where does he reside?

I'm a 23 year old Beatmaker from Stuttgart, the sixth largest town in Germany.

Describe your production style for the masses...

When I make beats I wanna take the listener on a journey. I love to use symphonic sounds (strings, pianos etc.). Working with such gives me the opportunity to make emotional music, that's what I love doing the most. Also I only work with hardware equipment, in particular the MPC sampler, cause the sound that comes out of that machine, combined with my analog mixer is unbelievable. I will never sell that piece of equipment, when I do I know I will regret it :D

As for me working with Silas Zephania is a gift. He's such a talented MC and has to be heard. When he makes music you hear that he does it with passion and the love for hip hop. So when I work with him, it's always special. I learned a lot from him and actually the work with Silas was the first exposure to the public. I thank him for that! The first day we met, I still remember it, he picked us up at the train station in London, and after a few minutes we were already talking about the golden era of hip hop and the sickest rhymes in the biz :D. From then it is History! Silas Zephania is family, he's the husband of my cousin, that's the way we met. LOL :D

The beats you hear on the Album War Begins Where Reason Ends, were beats that I produced a very long time ago. For example "Ndola Princess" is beat I did in back in 2006, others were from 2007, 2008, 2009 and even 2010. The opportunity presented no need to rush and I could take my time producing those beats and make the album something special. A lot of beatmakers inspire me, the list would be to long :D, but my top 5 beatmakers who inspired me the most would be:

Earlier this year you produced a single from Sadat X called "Put Ya Self On". Describe the feeling associated with working with a legend such as Sadat X.

Working with a legend like Sadat X was unbelievable. I never thought that I would even get a reply to the mail I sent him where I asked him if he wanted to collaborate with me. Getting a response from such a famous emcee means a lot to me. You can imagine my feelings was when I first heard that track, I don't think i have to explain that :D.

Do you have any plans to work with any other artists in the future? if so, who?

What equipment do you use to make beats?

As my main production tool (Sampler, sequencer), I use the classic MPC 2000XL beat machine. Then I run all my tracks through an analog mixer, EQ all my sounds there and record them into my DAW. That's basically it, I think for hip hop you don't need thousands of equipment tools.

Describe the hip-hop scene in Germany.

When I look back, the hip hop scene over here in Germany was incredible. Actually the town where I reside is the foundation of hip hop in Germany. There was a time where all the sickest hip hop tracks in Germany had a relation to Stuttgart. But then from 2003 to now hip hop started to get very commercial, gangsta rap started to get very popular, especially in Berlin. That's why I'm here and my goal is also to bring back that good hip hop.

You recently released Symphony which is a beat tape that is comprised of beats from 2006 to 2008. What did you want to present with this beat tape?

I wanted to showcase my production skills when I started making beats, cause in 2006 I actually bought my MPC. Between 2006 and 2008 I started to find out which style of making beats fit me the most. So all you hear on that Beat Tape is the very beginning of my production. It's like my personal release. I always think about how great it would be to hear the first beats from The Alchemist, RZA or the other great beat makers. Also it's always good when time passes to look back to the old releases.

For beat inquiries the best way is to contact me in private via my email: politiksproductions@gmail.com

I'd like to say thanks to everyone who supported me for doing something that I love. I appreciate all the feedback! Also I'd like to thank you, for giving me the opportunity to showcase myself on your blog. I appreciate that!

PS: Are you and Silas working on new material.

Right now we are still focusing on promoting our album War Begins Where Reason Ends, but we definitely will work together again. Maybe it even will be a second album, know one knows :D, just stay tuned!
Email ThisBlogThis!Share to TwitterShare to FacebookShare to Pinterest
Labels: Behind the Beats, Politiks
Newer Post Older Post Home