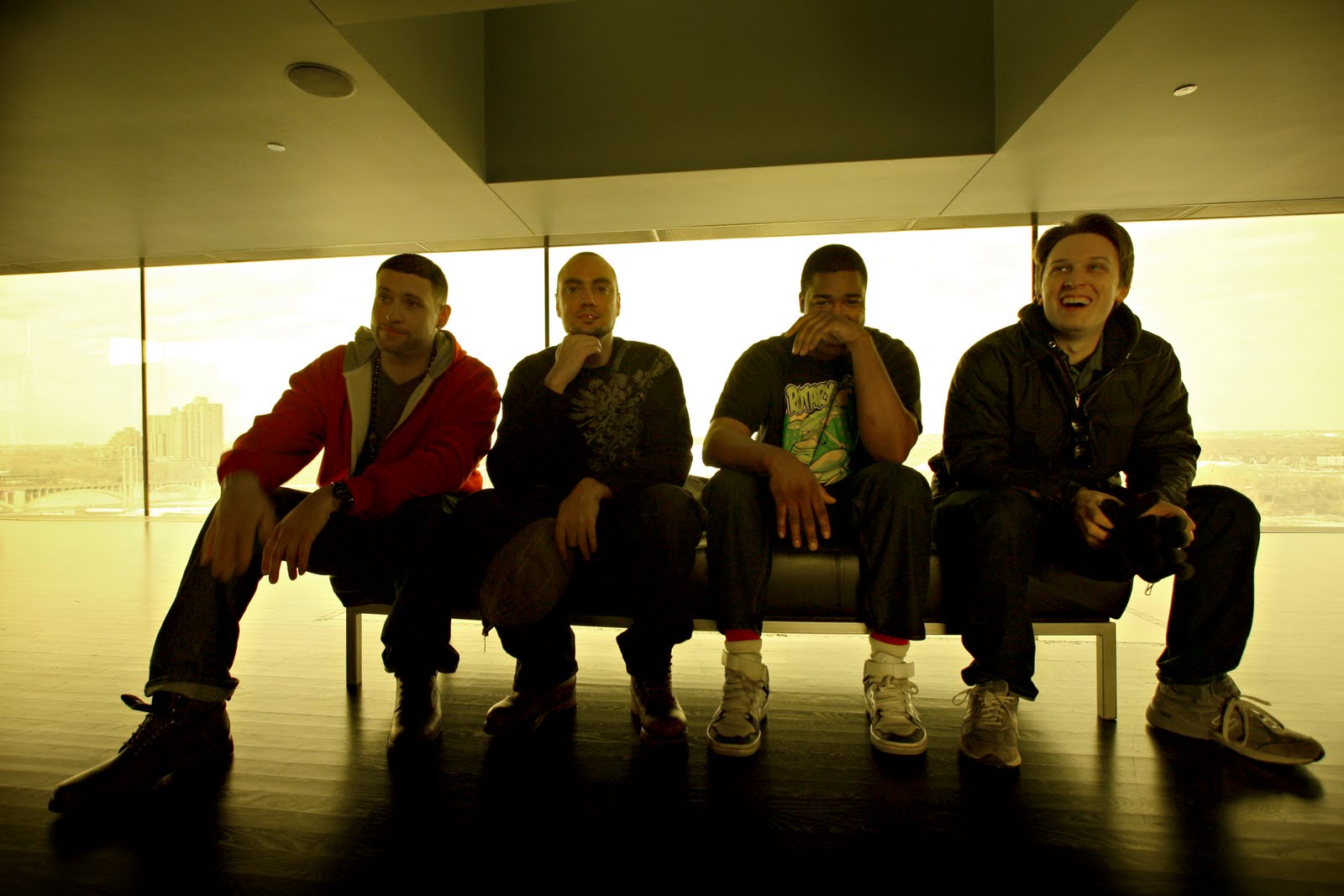 First and foremost, who is 925ve and where are you guys from?

925ve are four beatmakers and emcees that share a love of music. Tigre Cole, Prizm and Brando met in High School. We met Iggz through a previous collaboration. We all hail from parts of the Twin Cities.

The name is very original and represents a daily approach to music. What did you guys want to convey with the name?

That we're all from working class neighborhoods with working class/poor backgrounds. We didn't want to follow the work, sleep, work, daily grind mentality. We want to pursue our passions free from that type life while still flirting with that type of life.

Your latest release, The Big Payback, allowed you guys to flex internally. Meaning that most of the production and the rhymes came from members of 925ve. Describe the atmosphere of a 925ve studio session.

It's a relaxed atmosphere. We joke, we laugh, we accomplish. We don't want to have a pressure cooker environment where creativity is stifled. Prizm and Tigre don't reserve their writing to the studio. Everyday they write songs, verses, or pieces of a verse. Much like Tigre, Brando, and Big Iggz the beatmakers are constantly creating. We meet up every week to go over plans and projections and often times the beatmakers will have a beat playing. The recording usually happens when we catch a vibe off of another beat that is being played in the studio. That's where the real fun happens because inspiration will strike, we make something dope, listen to the song and be like, "Yo, we just made that in 20 minutes! What the hell? Wow." A lot of times someone comes with a beat or idea and we build from there. Some concepts coincide, meaning that the beat would fit the rhymes. There was a a song in particular, "The Root Of..." where Prizm and Tigre actually came up with a similar concept and rhymes, without even knowing it! That beat was produced by Tigre & Big Iggz, and Iggz really made it come alive.

Pillz from Alex Horner on Vimeo.

Are there any features on the album?

We reached out to many artists that we have gotten to know throughout the years and we were able to collaberate with: Brandon Allday (of Big Quarters), Franz Diego (of Illuminous 3), Medium Zach (of Big Quarters), MaLLy, and Big Jess (of Unknown Prophets) who mastered the album. We love working with other artists from all varieties of music. We aim to keep that going on future projects and special projects alike.

The industry has shifted from A & R's developing artists to artists presenting signs of development (without the input of an A & R). With that being said, major labels enforce a shotgun marketing tactic that attempts to target everyone. What demographic does your music appeal to?

When you make music it should be pure, from you and for you. We have 4 people in this group and you get different styles and points of view, both instrumentally and lyrically. We present work that has a little something for anyone that enjoys good music. It's part of the culture of hip hop and we are proud to say that. We speak from a place that gets love when you are on the come up, but when someone blows they try to say they are "beyond" hip hop or "stepping outside." Our music speaks for itself and always represents a culture (and cultures) that deserve recognition for what they are...great. With all that said, we've gotten love from all types of people. Kids who hotbox cars. Older heads who miss the principles of rap music. Women who like to listen to music and not feel patronized or lied to. Plus, for some reason, thugs are big fans of Prizm's style...HA!

You guys are currently working on the Leaks & Sneaks EP. When will the project be available and how does it differ from The Big Payback?

The newest offering should be available around August or September. Leaks & Sneaks is a natural progression. We are in a new studio, and we have a little more freedom and creativity amongst us. L&S also differs from The Big Payback in that we are giving another side and perspective to who we are as fans, music makers, and people.

Who would you guys like to work with and why?

Tigre says: Muja Messiah, Martin "doc" Mckinney, Big Jess, Elzhi, The Usual Suspects, Geology, I Self Divine, Meshell Ndegeocello, Bobby Richardson, Rob Swift & Joe Sinister, PC, Justin Nozuka, 4shades, Qtip, Dwele, and my Uncle & Cousins. Why? Because I could honestly give you a list that is way too long.

Minnesota is an up and coming hip-hop hub that continues to strengthen daily. What do you enjoy most about the Minnesota scene (most notably Minneapolis)?

We enjoy the amount of great music coming out. Minnesota can compete with anyone in any part of the world. Not just hip hop, many different genres of music. Since we have all this great music and creativity it forces you to do it big or go home. At the same time, people get to network and build with others. There are so many different viewpoints and perspectives it makes for a great time. A real communal art form.

We would like to give respect to Rita and Nick from Flo and everyone who has been behind us since day uno. Hit us up Facebook and check out The Big Payback for free HERE and Check out Leaks & Sneaks when it drops.