First and foremost, what is the origin of HiPNOTT Records?

HiPNOTT Records started in 2009 as another outlet for myself to deliver dope music. After running KevinNottingham.com for a couple of years (since 2007) and seeing the power of the Internet in regards to music, I wanted to do more. When I realized there were people who valued my opinion and cared about what music I liked, I figured putting together a label would be a step in the right direction.

Is Kevin Nottingham your real name?

Yes. Did you think I could make a name like that up?

You have achieved success by featuring artists on your flourishing website (The about me section states that this is the first instance of a hip hop blogger branching out to form an independent label). How are your day to day duties as a label owner different than a website owner?

I wear many hats day to day: blogger, label owner, father, husband... all while holding down a 9-5. That's right, music is just a side gig for me! Back to your question though, running a label and running a website are two completely different jobs. The day to day duties are vastly different, which is why I keep both businesses as separate as possible. I would say the main difference in duties comes down to promotion. When we feature an artist on KevinNottingham.com, we post the feature and our job is done. The feature is for our readers. It's up to the artist featured to promote our link in hopes of getting featured on other sites. As a label owner, it's very different. These are artists that I have a vested interest in. Simply posting their feature on my site isn't good enough. I also act as the PR to promote our artists to other sites; sending email blasts and building relationships with other sites. It's a very frustrating business and probably my least favorite aspect of it.

What do you focus on when you are scouting potential recruits for the label?

First and foremost, the music. It all boils down to the music, so that of course has to be dope. The music has to be something that I would personally listen to and something that I believe in. I need to be excited about the music. Secondly, the artist needs to show signs of potential of being a well rounded artist. You can make music all day long and that music could be the next great thing that people are looking for, but if you don't have the drive to push it, you'll go nowhere. We as a label can only do so much...it really is a two-way relationship. I can make suggestions all day long, but if the artist doesn't listen it doesn't do either of us any good. I actually have a formula for what makes the perfect artist...and to this day I have only met one person who fit my criteria. Unfortunately, in this business, the perfect formula doesn't always mean the perfect situation. There will always be trial and error.

HiPNOTT Records has a roster full of talented personnel. Did your experience as a blogger make it easy for you hand select talent?

Of course. Bloggers are your modern day A&Rs. We get so much music passed to us on the daily, it's ridiculous. I honestly don't have to hunt for talent, it comes to me.

What challenges are involved with being a label owner and how important is it to develop and present a business plan?

Lots of challenges, most of which I learned and am still learning along the way. One thing I learned early is that you can't do it all yourself. You've got to build a solid team if you want to succeed or you'll burn yourself out. Everything's a challenge though: promotion, artists, money/budget, politics. A business plan, though, is extremely important. You've got to have a plan to know where you're going. How are you going to know how to get from point A to point B if you don't have a map?

DMG reached out to me around the end of 2008 and presented the idea of branching out as a label. Their thought was that since the blogs are running the music scene, they may very well end up being the new labels. Made sense to me! Matt Diamond has really taught me a lot in this business and I wouldn't be doing some of the things I'm doing today if it weren't for his guidance.

In 2011, HiPNOTT Records will release?

Great question! I'll let you know when we release something! lol 2011 is turning out to be a very different year than 2010. In 2010, you may remember that we promoted the HiPNOTT Records 2010 Takeover. Our plan was to be everywhere and release as much great music as possible...and we were successful in doing so. At the beginning of 2010, we had a plan of releasing a new album just about every single month. By the end of the year, we were burnt out. This year, we've decided to take a more laid back approach. We haven't formally announced our upcoming releases because we realize shit happens and projects get pushed back. I hate it when labels set a release date only for the album to keep getting pushed back or even worse they don't get released at all. So this year, I'm not promoting release dates until I get final albums in my hands from my artists. So far this year we were supposed to have released 3 albums.. but shit happens. As of right now, we do have some releases planned for Summer/Fall. I actually just today received a really dope record from Junclassic that we're gonna try to get out by July. It's totally produced by this great production team, Jazz Spastiks, out of Scottland. I'm excited for this one. In August, we hope to release an album from Skinny-C, produced by Nobody Famous. In September we should be releasing The Panic Button from The Regiment (a really dope hip hop duo out of Detroit). In October, the Bodega Brovas will release their album. And there may be some projects coming sooner...or later from DJ Puerto-Roc & El Da Sensei, Raven Sorvino, Pete Marriott, Dasha...and possible some stuff from some other artists we've been working with. We ALSO have the official soundtrack to our film DEMOS, which we have been working hard on compiling. The soundtrack will feature a handful of our HiPNOTT artists, but we've also reached out to some of the artists who are in the film to record tracks. It's going to be a nice accompaniment to the film.

Later this year HiPNOTT Records and others will present a project called DEMOS. What is the purpose of DEMOS and when do you expect the recording to be complete for the project?

The recording is actually done. We've got hours upon hours of great interview footage. Now it's about piecing the film together. We've got a great script, written by Hassahn Phenomenon and Kirkland Morris. And our director/editor, Matt Friedman, is editing and filming various scenes for the film this month. My HiPNOTT partner, Kareem Fort, literally lives, sleeps, and breathes DEMOS. This is his baby. I'm just happy to be a part of it and see our vision come to fruition. Expect the finished film to be screened in select cities around the country this fall. We hope to have the film screened in October at A3C in Atlanta and CMJ in New York as well as other locations such as Toronto, L.A. and Miami. There will be a tour in support of the film. So if you want DEMOS to come to your town, let us know! For more info, visit Demos Documentary.com.

In 5 years HiPNOTT Records will...

Take over the world! MWAHAHAHA... lol...Honestly, I don't know. Great question. They say you should always have a 5 year plan. But I'm one of those types that flies by the seat of his pants. I just hope to be a part of something big and help bring good hip hop to the people who want to hear it.

What are some tips that you can share with up coming beat makers or emcees?

Don't quit your day job. lol No really, don't quit it. but at the same time, if you're serious about this music biz you've got to dedicate 100% of your time to it. So clone yourself so one of you has to work to make money and the other can concentrate on music. lol But seriously...just do you. There are 1 million beat makers and probably double the amount of emcees in the world, but only ONE you. Just do you.

This is where I can do shout outs, right? Shout out to my HiPNOTT business partner and very good friend Kareem Fort (he helps me keep my daily sanity). Shouts to Matt Diamond for providing his wisdom and mentorship. Shouts to my KN crew: Justin, Arasia, Thomas and all the writers and contributors. I couldn't run the site without you all. Shouts to TEAM DEMOS: Kareem, Hassahn Phenomenon, Matt Friedman, Velv Somersault. Thanks to all the KN readers and HiPNOTT fans who believe in what we do. And thanks to you, Praverb, for the interview! 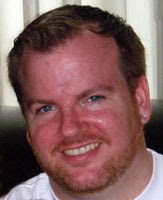