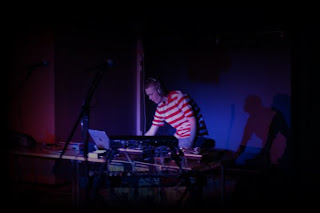 First and foremost who is LX Beats?

I'm a versatile producer from Finland. I make beats and instrumental music.

How long have you been making beats and who inspired you to make beats?

I've been making beats since late 90's. It all started when my cousin taught me how to use tracker software (Scream Tracker). I was definitely influenced by RZA because the Wu-Tang records (Enter the Wu-Tang and Wu-Tang Forever) were one of the first rap albums I ever listened to.

You released Music Volume 1 in 2004 and Poor Man's Luxury in 2009. Do you have any plans to release any new projects?

Yes. I've been working on my instrumental album for ages and I'm also working on Music Vol.2 which is an album with guest artists on my beats. Both of them are hopefully released in 2012.

Describe the obstacles and struggles associated with being an international beat maker.

Haha, I think the biggest struggle is to get projects and tracks actually completed and released. I keep producing and sending out beats but that's just a small and easiest step of the long process.

If I think about my instrumental album, the biggest obstacle is my own perfectionism. I always think I can improve something or compose a couple of more songs to pick from. It's been basically an endless loop.

The internet is definitely a gift and a curse and it can lead to a lot of collaborations. Do you still find it hard to land placements with emcees?

I have to admit that getting serious placements has been fairly hard for me but you never know what's gonna happen. I got some sick collabs going on but I won't drop names until the tracks are officially released. I don't want to jinx it. I just compose beats and stay open to opportunities.

Do you have any tips for up coming beat makers in regards to getting beat placements?

Keep making beats and if you don't get any placements, try to figure out what to improve in your production. There are so many producers out there that you either gotta really stand out from others, have better connections than others or win the lottery.

I have known you for quite some time and I am amazed at your production rate. What motivates you to churn out beat after beat?

My main source of my motivation and inspiration is probably just my everyday life. I can't really explain where that hunger for beat making always comes from. Sometimes I just challenge myself to do something that's really out of my normal repertoire. I also get motivated if someone really dope artist hits me up for a beat. That usually keeps me going for a while. I'm not a machine though, I have producers blocks every now and then but I usually get over them by digging more crates and by listening to good music.

Nah, it's not really a problem. I enjoy working on both and you just have to schedule all the work. I got my homie Eeegac and some other people helping me out on various tasks. Therefore, I'm not alone with all the workload.

What is the next release for Skill Street Entertainment? Any plans to sign international acts?

Next release will be Half Past Never Bands' album called Cubicle Coma. It's going to be released on the 18th of May. The physical release will be available only in Scandinavian countries but the digital version is available worldwide. It's not just an album, it's a piece of art and everyone should peep the album samplers and the single tracks on YouTube. Right now I'm not looking for expanding SSE, although being international is one of my long-term objectives.

Which artists would you like to work with and why?

There are so many of them. If I could pick only five MC's on a single track produced by me it would be: Celph Titled, Diabolic, Chino XL, Pharaohe Monch and Method Man. The reason is, that would be one of the sickest tracks ever. They are all my favorite MC's.

Writing rhymes can be a beneficial stress reliever for me. Creating a beat is therapeutic to you in what ways?

Yeah I know it's a cliche, but I consider (making) music as a form of therapy. It's the natural way to me to express myself, especially when it comes to instrumental songs where I have the freedom to do whatever I want on the track.

Shout out to all my labelmates and everyone who I've ever worked with. All the sick artists I haven't worked with, get at me!