Behind the Beats: Jonesy Beats 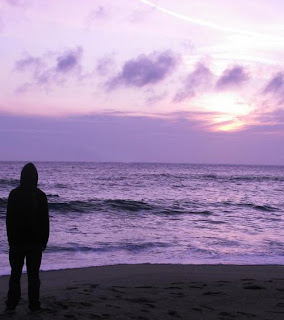 First and foremost who is Jonesy?

I'm just a regular 18 year old who has a massive obsession with Hip-Hop lol, and decided to make music of my own.

Where is Jonesy from?

I'm from London in the UK.

I've been making beats for about 3 years now but more seriously the last 2 years.

What artists have you worked with?

Most recently a rapper from Los Angeles who goes by the name of Yung-V, I produced a song on his album called Abstract Dreams which was dope! Also yourself and ScholarMan, he just released a free project called A Tree Grows I have a track on there.

I knew that you would mention ScholarMan. Describe the creative process between you and Scholarman.

There's not to much to it really being overseas I can't be in the studio. I would really like to create a beat with ScholarMan. But sometimes he will ask me for a beat with a certain feel to it, and I'll do the best I can to meet that criteria and I'll email him the tracks.

Describe your style in a sentence.

What motivates you as a beat maker?

Other producers who inspire me and just loving music as much as I do is enough to motivate me to make beats and also I love trying to make every beat better than the last. Although I sometimes find it hard to make music around my life, working etc...

Instrumental tapes or beat tapes are very popular right now because sometimes people want to chill and not be bombarded with words. What is your take on beat tapes and do you plan to release one in the future?

Oh yea I would really love to release one of those. I really think they are a good way to showcase your abilities and talent. I'm hoping to release one soon though, I like the idea of Dela's album with a mixture of the two.

List three strengths that you possess as a beat maker.

Versatile, I sample lots of other genres of music rather than just soul. My drums are much more improved and chopping of samples are becoming better too. But I still think I have a really long way to go, I'm trying to improve myself all the time I still think I'm trying to find my signature sound but I'm getting there.

I've just finished all the beats for a new project I'm doing with Scholarman and we're dropping the single in a few weeks so be on the look out! Also hopefully I'll have a beat on Yung-V's new album that he's working on. I been working on a project with a young rapper by the name of Switch, he's dope, he sent back a track called "Say Grace" it's crazy, so hopefully that'll be coming out soon. Also an EP with Cezler from Albuquerque. I really want to find a dope singer and do an album with them, but it is difficult to find one! I would also like to send you more beats!

Who would you like to work with in the future?

Well there's so many people I would love to work with but to name a few, I would say Skyzoo, Reks, Raekwon, Pac Div, Blame One, Blu, basically everyone who I listen to on my Ipod. I want to work with them lol.

Thank you so much for the interview its much appreciated! If anyone wants to get in contact for beats or work on an album they can email me jonesybeats@gmail.com or on Twitter. I don't believe in selling beats as long as you are a serious and dope rapper then we can work.
Email ThisBlogThis!Share to TwitterShare to FacebookShare to Pinterest
Labels: Behind the Beats, Jonesy Beats
Newer Post Older Post Home