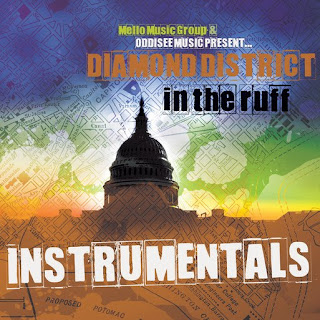 The group, composed of three DC members, Oddisee (Producer & Emcee), yU (Emcee), and X.O. (Emcee), dropped the critically acclaimed album with MMG in late 2009 and never looked back. Currently the group is in production on their follow up album March On Washington which is expected late this year! Mello Music Group and Diamond District invite the public to download the instrumentals (for free) to In The Ruff for a whole week starting today.