Behind the Beats: Panik 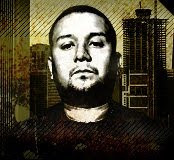 You have been making beats for a long time. Where does the inspiration come from?

Yeah, early 90's. My inspiration comes from life, art & the roots of the Hip Hop culture itself.

It appears that 2011 can be dubbed the year of resurgence in regards to the completion of Vakill's project and other Molemen related projects. As a record owner, how difficult is it to set deadlines and make sure artists present their best effort?

Every time, that's pretty much how often. Molemen as a collective have been doing things since the early 90's, I guess 2009-2010 was a hiatus for us. During that time we went through some personal and musical changes. It was a blessing in disguise I think, because we had some time off to re-energize and adjust ourselves to the current state of music.

Continue the Molemen tradition with quality and innovative Hip Hop.

Panik made his first beat in...

Technically with with a dual cassette player with pause tapes. Then it was the MPC 60, SP1200, MPC3000, MPC2000XL, and MPC1000 and now the Native Instruments Maschine.

Who were some artists or beat makers that you admired growing up?

I noticed that you rarely make production for individuals outside of the camp. Is there a reason for this?

Well back in the early to mid 2000's I did beats for Rasco, Vinnie Paz, Cali Agents, Virtuoso, C Rayz Walz, Sage Francis, Sole (Anticon) and a bunch of others. But for some reason or another I started just focusing on Molemen Records artist. Just happened naturally, I'm always open to work with outside artist though. I'm pretty sure you'll see me doing some stuff with some outside projects.

You have also presented Instrumental beat tapes for a long time now. What was the original purpose of distributing the instrumental tapes?

I'm from Chicago, it's a little harder to be heard or seen cause we don't have an industry here. I just wanted to be heard, so I started dubbing tapes and selling them at a record store me and Dj PNS were working at. The store was called Gramaphone Records and at that time (Late 90's through 2005) it was the place to be for Hip Hop artist and fans in the Chicagoland area. Eventually my beats cds just started to get around and even sell haha. I was amazed that a tape with my beats could even get around, so I just continued with it. I took a break from doing them but I'm bringing them back in 2011.

Describe the feelings associated with working wit Vakill, Rhymefest, J.U.I.C.E., Scheme, and other Chicago based artists...

To have a chance to have worked with such artist has been a blessing. Me and the rest of the Molemen have had a hand in doing some historical music for Chicago and Hip Hop in general. Those experiences will always stay in my mind and soul.

Does the creative energy in the studio lead to the creation of new songs (on the spot)?

Not really cause being independent and having to pay for your own studio time makes you be very economical as to where you are creative at. So we use the studio for recording and our personal set ups at home to be creative.

Vakill's project Armor of God will...

Will continue solidifying Vakill and Molemen as artist who make quality music.

Thanks to everyone that has supported Molemen throughout the years! Thanks you for your interview.
Email ThisBlogThis!Share to TwitterShare to FacebookShare to Pinterest
Labels: Behind the Beats, Panik
Newer Post Older Post Home