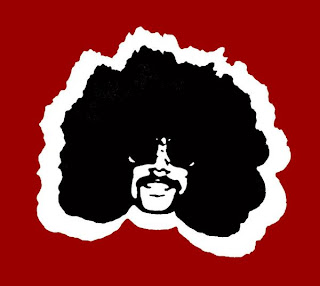 First and foremost, who is Jewbei?

Hello, I’m a 25 year old geek from London England who makes Hip Hop beats. I still live with my parents and I’m single.

When did you start making beats?

Quite a while ago now, maybe about 7 or 8 years. But it feels like I’ve only just got to a stage where I’m happy with my own work, and I’m still not that happy with it haha.

But the actual moment I started to get really interested in beat making was after a friend lent me a Super Rappin’ CD, which had tracks like Grand Agent & Planet Asia – “Its Only Right”, the Hi Tek remix of Phief’s “Miscellaneous” and J88 “The Look Of Love”, and the beats on that CD left me speechless. The “Look Of Love” is probably my favourite Hip Hop track ever. The same friend later lent me Train Of Thought and Fantastic Vol.2 and that was that. So I guess since then I’ve been trying to get my own beats to that level of quality.

The audience may not know this but you produced "Compromise" off of Shad's album The Old Prince. Describe the feeling associated with seeing your name on the credits.

Yeah, it’s amazing. Shad was a MC’s I contacted on Myspace. I think he had recently finished “When This Is Over” and I loved his track “Out Of Love.” I gave him the beat, loved what he came up with and never really thought much more of it, until I saw fan made videos on Youtube with 4 figure view counts and then Kanye West posted the song on his blog. So the success has come as a bit of a shock. Not that I thought Shad wasn’t capable of achieving it, but you never really think that you’ll be somehow associated with it. More recently people I’ve met in England that have mentioned Shad in conversation and I’ve enjoyed telling them “I produced compromise didn’t you know,” which is the closest I’ve got to feeling important, haha.

Will you work with Shad in the future?

I really hope so. I met him at the Jazz café last December when he was opening for The Herbalizer and I drunkenly mentioned we should work together again, and he didn’t seem too opposed to it, haha. But I have yet to send him anything, so I guess I’ll have to do that first and then see what happens from there. But yes, I would like to. So if you’re reading this Shad, let’s work together again!!

What are you currently working on and when will the projects be released?

Well, for the last year and half-ish I’ve been working with a MC duo from Florida that go by the name The Benchwarmers Clique. Early summer we will be releasing a 10 track EP called Adventures In 8Bit – Cartridge 1 which is a project sampling music from late 80’s and 90’s computer games. Then later in the year we should be putting out a full length LP entitled Late Money, which at the moment is entirely produced by me also, and that will be a more classic sounding Hip Hop album. Then early next year sometime Adventures In 8 Bit – Cartridge 2 will be out.

I’m also working on a solo EP sampling only Michael Jackson and Jackson 5 tracks, which is tentatively called My Sock’s Got Sequins which will be hopefully put out this summer. Then apart from that, I’m doing tracks for a number of MC’s projects, and doing the odd remix here and there. So it should be quite a productive next few months.

What equipment do you use to make beats and what is your beat making process?

This is a bit embarrassing. I still use Reason 2.5 and Recycle to chop samples. A few friends have tried to get me using more recent versions of Reason and Abelton but I found them too confusing, so I’ve just kept with my out dated software.
As for a process, I guess its more trail and error, and having as many chops as I can before start making the beat. Some beats I’ve made have a 100 plus separate sample chops in them. I might only end up using around 20 of them, but I need that many so that I have as much room to move as possible. This is basically because I usually have no idea of how the beat is going to turn out before I start making it. I find it amazing when producers say they have the completed beat in their head before they’ve even started. So for me it’s more a process of messing about with different sounds and arrangements until I find something I like.

We were introduced via the internet (Myspace in the house haha). Have you benefitted from the internet in regards to global collaborations?

Completely. All my collaborations have been global. I have yet to do a single track with someone British. I’m not really sure why that is, but I’ve only really got back into production over the last year and a bit, and during that time, the majority has been spent working on tracks with the Benchwarmers, and all the other MC’s that have contacted me have been American. But yes, if it wasn’t for Myspace, I wouldn’t have worked with Shad, The Benchwarmers or your good self.

… be releasing Late Money and the first instalment of Adventures In 8 Bit with The Benchwarmers Clique, the Michael Jackson beat tape by myself, and hopefully getting a girl friend.

Who would you like to collaborate with and why?

It’s a bit of a dream of mine to make an album featuring my favourite MC’s, which would include the likes of Edan, Capital D, J Live, Dynas, Shadow Man, Doom, Sadat X, Pharaoh Monch etc. Reks has featured on a few of the tracks with Benchwarmers, so I’d really like to do some solo tracks with him. Also Action Bronson, that guy is amazing! Oh and Shad of course… email me!

What are some challenges associated with being an international beat maker?

I guess the biggest challenge remaining just an Internet beat maker. As I said for myself, every collaboration I’ve been a part of has been done over the Internet, and that at times can make you feel left out of the creative process somewhat. I think it’s also about feeling part of a creative community. For myself, there isn’t really anyone around me making Hip Hop. But that’s probably because I’m a bit of a hermit. I think my mother smothered me too much when I was a child. I blame her.
Plus I guess now with the Internet, pretty much every producer is an international beat maker.

What is Jewbei interested in outside of beat making?

I studied film, so that is actually my main interest. I work as a freelance editor, so most of my days are spent doing that. Music is mostly a hobby, but over the last year music has gradually become as important. Plus my hairline has started to get worryingly receded, so I’ve started to have an active interest in hair replacement too.

I will have a Bandcamp soon, I just need something to put on it.

Thanks to anyone who has liked my music. Please download my music, and pass it around. Go nuts!
Email ThisBlogThis!Share to TwitterShare to FacebookShare to Pinterest
Labels: Behind the Beats, Jewbei
Newer Post Older Post Home