Behind the Beats: Blastah Beatz 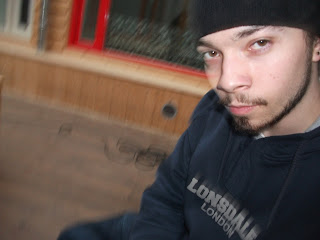 Blastah Beatz has been making beats for how long...

I started to mess around with Fruity Loops in 2003, when I was like 15 years old. I think I didn't took it very seriously until around 2006 though.

Who or what inspired you to start making beats?

I've been an avid rap listener since I was a child, so my older cousin suggested that I should do something related to Hip Hop. He introduced me to DJ MasterKutt, who thought me a lot over the years; I took a couple of DJ lessons but I started to feel more comfortable with producing so I made the switch. RZA, Primo, Muggs, Pete Rock and other producers of that era pulled me into beat making.

You have worked with some stellar emcees in your career (Kool G. Rap, Inspectah Deck, Busta Rhymes, Joe Budden, Big Lou, Papoose, etc). How did these collaborations come about?

I think I kind of anticipated the internet producer boom and got away with a lot of good contacts before it became fashionable. I was looking for email addresses everywhere, sent some beats to a few and just got lucky. That's how it works for the most part. In 2008 Kay Slay had Busta and Papoose over my shit, from there I just started to build up. I'm a reasonable dude so I have a good relationship with everyone I work with.

You and I connected on a song called "A Little More" like four to five years ago. In what ways has your production changed? Has it changed for the better or for the worse?

Ah true, I remember that song. I think it definitely changed for the best, evolution is a constant and natural process if you put yourself into it. For example, when I listen to that track now, I'm still feeling the sample and the bassline but I'd def rework the drums, percussion and overall mix. I think that shows my strongest point is the samples I pick and how I lay 'em down, because the rest is what I'd rework, and where I'm still trying to improve nowadays. I always give a distinct sound to the sample and work the rest around it.

Does the emcee's skill level bring out the best in you?

When I do production on demand, definitely, because I know who I'm working with and I'll do something specific for that MC, and I won't stop until I get what he's looking for.

What motivates you to continue to "be known" or "get heard"?

I was born in France to Portuguese parents, so I'm from humble origins. I live in Portugal and the love that I'm getting here is crazy. That motivates me to do more each and every day. There's a lot of dope artists over here that deserve to be heard. Shout out to my city, Braga, and the whole country. Also, I'm a Hip Hop head, and working and getting co-signed by O.G.'s like G Rap, Inspectah Deck, Lord Jamar or Kay Slay is just crazy. I work hard every day to push the barrier further.

Describe the hip-hop scene in Portugal and have you worked with Portugal emcees before?

I never worked officially with anyone in Portugal, but I think that will change soon enough. I think we have a nice scene over here. You start to hear Hip Hop influenced tunes on the radio and on the TV, break dancing and beat boxing are kind of popular and we've got some stellar DJ's and MC's. I mean, I guarantee there's a few I could pick that are up there with anyone you could name in the U.S., if you could understand their lyrics. We have some Hip Hop websites, blogs and I think there was a magazine circulating. That's always on and off. Portugal is a small country but I think overall we have a good scene.

You are currently working on two or three projects now correct? Could you divulge a little information about the projects?

Yes I'm working on quite a few. I've been working on a collaborative effort with my dude Mic King since 2007 titled Season of Our Discontent, we gotta wrap it up. Other than that I have a mixtape dropping next month titled Graduate Studies, which is basically a mix done by Fishr Pryce with tracks I produced for other artists. Ph.D. in Beatmaking, my debut album, follows towards the end of the year (hopefully). It's sounding crazy so far.

Describe your relationship with Ascetic Records...

That link was done by my dude Doc Singe, who's also a producer signed to the label (his album Kiss of the Beast drops in September and features Pace Won, Count Bass D, MF Grimm, Insight, John Robinson, Rob Swift, Freestyle Professors and 2Mex, among others). They're from Paris, we talk every now and then.

If you had to pick one person to collaborate with past or present who would it be and why?

That's a hard question, but I'd have to say KRS-One because he's the MC that really got me into Hip Hop. He's untouchable. Kris, holla and I'll make an album for you!

I spend a lot of time on the web, Blastah Beatz on Twitter holla at me.

Shouts to you Praverb, Behind The Beats, and all my stoned raiders worldwide. Thanks for the support and look out for the new shit dropping!
Email ThisBlogThis!Share to TwitterShare to FacebookShare to Pinterest
Labels: Behind the Beats, Blastah Beatz
Newer Post Older Post Home