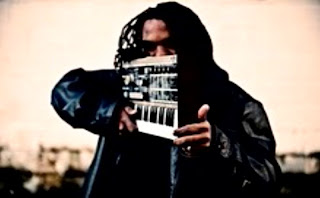 First and foremost introduce yourself to the masses

I am Loumonoti artist/producer/songwriter born in Greenwood, S.C. raised in Augusta, Ga. currently residing all over Northern Va.

What inspired you to start making beats?

I started off as an emcee using words to express my thoughts and eventually I didn't feel like it was fulfilling my full potential of creativity, so I got into production, songwriting, collabs etc...which eventually made me a better emcee/artist.

Progression is loosely defined as getting better day by day. What areas have you progressed the most with beat making?

I started with fruity loops using the basic sounds and turning them into something that I would loosely phrase as a rookie sound, then I got turned on to Reason which has allowed me to broaden my arsenal by using sampling. When I started sampling I just started listening to so much music that I had never heard before so it helped me develop a true musicians ear which turned me into a true musician.

Hip-Hop is a worldwide phenomenon that captivates the hearts and minds of a lot of people. Have you collaborated with any beat makers or emcees from other locations in the world?

Describe your creative process in regards to making beats? do you rely on a ritual or is your mood based on the moment?

It is whatever the moment provides if it is a song at a grocery store I may record it in my phone and then create from it or if I'm just going through mp3's or records I may hear a sound that I want to sample and create from.

What artists would your love to work with?

On a major level I would definitely love to work with Andre 3000, Mos Def, Nas...but I really love working with dope artists in general.

How can aspiring emcees, or the press get in contact with you?

Dope should be the prerequisite, but it's politics as usual. I am here to change the status quo!
Email ThisBlogThis!Share to TwitterShare to FacebookShare to Pinterest
Labels: Behind the Beats, Loumonoti
Newer Post Older Post Home