Behind The Beats: Dj Qvali 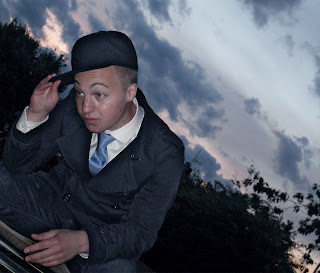 First and foremost who is Dj Qvali and how long have you been making beats?

I’m a Hip-hop producer from Stockholm, Sweden trying to create that sort of style that I, myself want to listen to. If you’ve listened to anything that I’ve done you can probably tell that I prefer that 90’s era, that’s the genre/style I love to listen to when it comes to Hip-hop.

I’ve been producing since 1999; I think I was like, 9-10 years old when I started with a beat making program on the first PlayStation called Music. That was a crazy DAW (if you can describe it that way) haha. Approximately two years later I found Sonic (Now “Sony”) foundry Acid Pro and I’m still using it, I love that DAW. Other than that, I’m a chill dude trying to get my marketing game skills up.

Describe your introduction to hip-hop...

I had a friend who used to listen to Eric B & Rakim, Wu-Tang, Nas, Raekwon, Gang Starr, the list goes on. At that time I listened to Trance because my bigger brother was in to that, but it didn’t take a long time to find out that I was actually feeling this genre called Hip-hop.

I started doing some research, found some dope artists that I began to listen to, and started to play this genre like crazy and I fell in love with H.E.R. I cannot remember exactly when I got introduced to hip-hop though, if I would take a guess I would say 1998-99.

What motivates you to continue to make beats?

That’s really hard to say. On the basic, I always find motivation when listening to old music, whatever genre it is, rock, funk, jazz, and soul. I love how different music can be or should I say was back in the days.

One thing that always get me motivated to keep going is definitely when people get at me just to let me know how dope this and that track is, that really means a lot to me. What also gets me driven is when artists get at me to ask about collaborations.

I recently checked out a song that you produced that features Red Eye of The Closers. How did this collaboration come to life?

Man, thank Facebook for that. I think the beginning of this track came up when I was listening to a couple of tracks from The Closers and I found out that one of the artists in the group was named Red Eye. I later found out that he had an account on Facebook and I contacted him through that community site. Stalking? Hell no, just grinding (lol). I wanted to send him something real raw, so from there, I sent some beats with that feeling and Red Eye picked out the beat for Never Relate and he just flipped crazy on that and got back to me with the final cut. Couple of months later he wanted to do a visual for the track and came out with this dope, clean video. Dude behind the boards in the video is not me; it’s Butta Beats. It’s a shame I wasn’t able to be there though.

Social media sites make it easier to connect with people in other countries. How has the internet impacted your career?

Everything. Internet has played a big role for me and my music. Without the Internet I wouldn’t be doing this interview right now for example, and the story about how me and Red Eye's collaboration came to life pretty much explains how the Internet has impact my career. I wouldn’t have any contacts today without it; I’ve reached out to everyone that I’ve worked with, with help of the Internet in one way or another.

• We got Promoe grinding hard at the moment from the Swedish group Looptroop Rockers.

What are some of your interests outside of beat making?

Other than beat making, a lot of time goes to exercising and learning new chords on the guitar and synth.

In a perfect world we would be able to work with whoever we wanted to. Who would you like to collaborate with in the future?

I would love to be able to work with Nas, Jay-Z, and Kanye.. There’s so many I’d like to collaborate with though. Fashawn, no doubt. I had a track with him on his Ode to Illmatic project, it was the bonus track called Represent Remix. I would love to work with Fashawn for real, no remix contest involved lol. 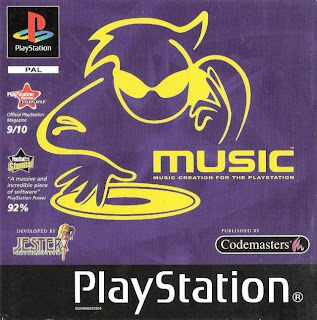 Do you have plans to drop an album in the future?

There’s always a plan to drop an album but the album has continuously been postponed/put on hold. But I’m planning on dropping an EP containing 5-6 tracks featuring Wyldbunch, Kool Sphere from Verbal Threat, K. Sparks, Jones Andrews, Smoovth from Tha Connection, and hopefully Red Eye. I will also probably release a digital CD thru’ Digi Crates in due time. A new track with Red Eye is in the works also, if you like “Never Relate” You’ll definitely love this one. Keep your ears open.

What is the hardest thing about being an international beatmaker?

Well, I think we’re a step behind the producers living in the Big Apple. We’re not able to reach out to artists personally except when they’re touring overseas and that’s not happening every day you know. That’s why we have to grind even harder thru the Internet.

People should definitely be on the lookout for a Praverb the Wyse and Dj Qvali collaboration.
Email ThisBlogThis!Share to TwitterShare to FacebookShare to Pinterest
Labels: Behind the Beats, Dj Qvali
Newer Post Older Post Home