Behind The Beats: IV the Polymath 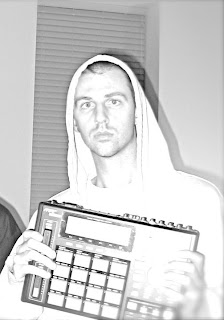 First and foremost introduce yourself to the masses...

Give the masses a brief glimpse of your Discography...

All of the albums I’ve done thus far have been mostly instrumental. The exception would be an EP I did with my group i.deals, which consists of Jondis on the rhymes & myself on the beats & scratches. I put out Never Sleep II & Drum Machines Have No Soul in 2010 & recently released an EP to kick off the New Year.

I noticed that you recently released a project called Push IVward. What was the inspiration behind the project?

All of the music for Push IVward was actually done in late 2009. I had a bunch of surgeries for a basketball injury at the time & was in a lot of pain. I couldn’t get around very well & was just having a hard time in general. Still, I would dig for records every couple of days & spend about 10 hours a night in this dusty basement just making beats. I decided that I wasn’t going to let anything stop me from what I wanted to do & that’s where the whole concept of “Push IVward” came from.

I also noticed that you have a kind soul as evidenced by 10% of the funds going towards the St. Jude Children's Hospital. Did you experience something in your life that made the donation possible?

Well, originally a friend of mine asked me to post a link on my website to an organization that helps children with cancer. It meant a lot to him & so I decided to take it a step further & donate 10% of all money from my last 2 projects toward St. Jude.

My situation with the surgeries was rough, but it’s nothing like the children at St. Jude go through. They & their families are literally fighting for their lives. St. Jude doesn’t turn families away when they can’t pay for treatment & in that respect I think they are in a class of their own. I would love to see more artists do stuff like this & I plan on continuing to do so as well.

You have been making beats for a while and I can hear the professionalism that exudes through your beats. How do you manage to stay inspired given the current climate of the genre?

Thanks for the compliment! I actually don’t listen to that much hip hop to be honest. Aside from the classics & some of the really great newer stuff, I mostly listen to funk & jazz. But I think you can get inspired just as much by a wack song as you can from a great one.

The main way I stay inspired is to remain hungry & never get too comfortable. I know there is always something new to learn & I make it a point to challenge myself every day.

Push IVward has minimal guest appearances. Why did you choose to limit the vocal appearances and what type of feedback are you receiving for the project.

I just love instrumental music, but I wanted to have Jondis & Junclassic on there because they were with me during the time I was making this one, especially Jondis. He was there almost every day helping me out & the EP wouldn’t be what it is without him. From the music to the mastering to the artwork I owe him a lot.

As for the response, so far it’s been really positive. Since the music is from 2009, I wasn’t expecting anything crazy, but the feedback so far has been great.

a self-run label started in 2010. Putting out positive music & helping others are 2 of the main objectives. Initially I didn’t expect it to be a long-term thing, but after having a bad experience with another label I decided that DIY is the way to go. The plan for the future is to start releasing physical products (CDs & eventually vinyl) along with the digital music.

Describe your relationship with Sassbologna Records...

To be honest with you I can’t remember if I approached them or if they hit me up first, but I eventually sent Cory Peak a zip file of about 40 beats in late 2009. He offered to press up a limited edition tape for Never Sleep II & that’s how we got started.

Cory is a really dope artist. We’re actually working on an audio/visual project coming sometime this year that will feature his art & video work along with my music.

How old were you when you first started making beats and what are some tips that you can share with up and coming beatmakers?

Well, I grew up playing piano, drums, bass, & guitar from an early age, but didn’t start seriously producing until late 2008. Once I learned about beats & that I could do everything myself, there was no turning back.

For the up & comers I would just say to do what you feel. Never second-guess if something is dope or not – if you think it’s ill than it’s ill. If you go around chasing trends, you will be left in the dust when the next thing comes along.

The project that you completed with Jondis is very nice. Does working with one emcee exclusively make it easier to create a cohesive project?

Thanks for the love! I definitely prefer to work with one emcee at a time on a project. I’m not a huge fan of albums that feature 10 different vocalists for the sake of having different names involved. Those records almost always feel forced & as if they’re missing something. I think one of the reasons that the golden era was so ill is because those guys were actually friends & hanging out together, going into the studio together & all of that.

What are you currently working on and who would you like to work with in the future?

Currently in the works is a full-length album with Junclassic called “Spectrum” that will be out sometime this year. Our group is called “UnderCurrent.” Also, Jondis & I are almost finished with a new i.deals LP & I’m more excited about that than anything at the moment. A couple more instrumental projects are almost finished & as I mentioned earlier Cory Peak from Sassbologna Records & I are working on a unique visual/audio experience. Also, IZ-Real & I have been talking about doing an EP together sometime this year.

As far as who I’d like to work with – I’ve got a handful of emcees & singers on my list including you (Praverb) that I would like to make music with. I’m also a big fan of Erykah Badu & Homeboy Sandman. Other than that I’m really happy where things are right now.

In one sentence sum up why should people download Push IVward...

Any final thoughts or shout outs?

Thanks to Praverb for the dope interview! And of course always shouts to the family that holds me down. What up to Jondis, Junclassic, Jwho, Cory P., K Murdock, Jnota, Groundmedia, IZ-Real & everyone else who’s involved no matter how big or small. Last but never least are the people who listen to, support, & spread my music. Thanks to all.